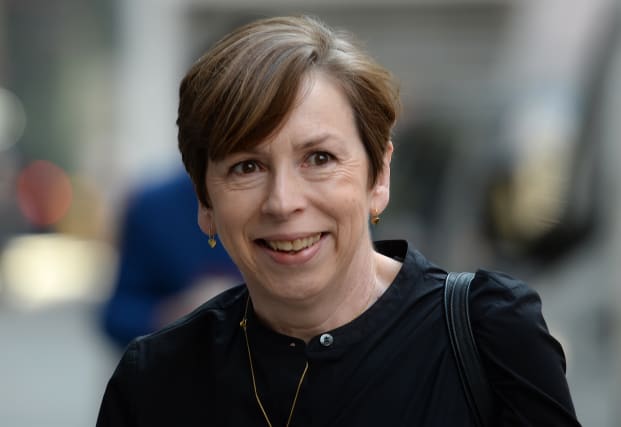 The BBC's head of news has said that Emily Maitlis' Newsnight monologue about Dominic Cummings belonged "more on the op-ed page in a newspaper" than as the introduction to "an impartial broadcast programme".

Fran Unsworth defended the BBC's ruling that the introduction "did not meet our standards of due impartiality".

Maitlis opened the programme on BBC Two by saying Mr Cummings had "broken the rules" and "the country can see that, and it's shocked the Government cannot".

Mr Cummings travelled to Durham from London while the most stringent lockdown measures were in place, sparking criticism.

Speaking during an online Royal Television Society lunchtime event on Thursday, Ms Unsworth referenced a Reuters study which she said had found 30% of the public did not believe Mr Cummings had done anything wrong.

She said: "Just because the majority of opinion is on side, and I absolutely accept they were, and that, as I say, was evidenced by the programme, it was the language with which the intro was phrased, which I felt basically belonged more on the op-ed page in a newspaper than it did as the intro to an impartial broadcast programme."

Ms Unsworth also disagreed with Maitlis' assertion on Newsnight that Mr Cummings owed his survival to Mr Johnson's "blind loyalty", saying: "I don't think we can attribute motivation in that way."

She said that, following the incident, she had had a "a robust discussion" with the Newsnight team.

However, she added: "I just want to say though that I think that Newsnight has had an absolutely brilliant journalistic run over this pandemic, and have really been on the stories."

The day after the Newsnight broadcast, the BBC released a statement saying the introduction did not meet its standards of due impartiality and that staff had been "reminded of the guidelines".

Asked why she stepped in, she said: "Because I was acting on what I believed was the case, that it went further than the editorial guidelines allowed us to do.

"I felt, why would I wait for somebody else to make a judgment which I had already made for myself.

"I didn't need to wait for some complaints process to take its course here, if actually I felt that the introduction had gone slightly beyond what I felt was appropriate in terms of what our editorial guidelines are."

Ms Unsworth spoke hours before the BBC released a report which showed that it had received 23,674 complaints over the episode.

The complaints were made on the grounds that viewers felt the programme showed "bias against Dominic Cummings and/or the Government".