Alicia Keys: I hated being in my 20s despite my success 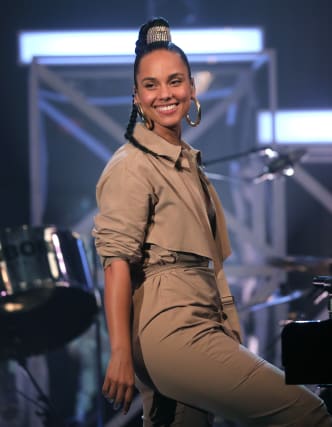 Alicia Keys says she hated being in her 20s – despite her early success.

The star made her breakthrough with chart-topper and five-time Grammy Award-winning album Songs In A Minor.

But Keys, now 39, told InStyle magazine: “I swear, I wouldn’t go back to being 20 if somebody paid me, it was literally the worst time ever.

“I wanted to fit in so desperately. I was so blind, so dependent on everybody else’s opinions, so uncomfortable, so unclear.”

The US singer was interviewed at the beginning of lockdown.

She said she hopes people will see the value of “stripping away all the unnecessary things and really recognising how much we need each other” at the end of the pandemic.

The full interview is in InStyle magazine.