‘Pirates Of The Caribbean’ cannon stolen during burglary 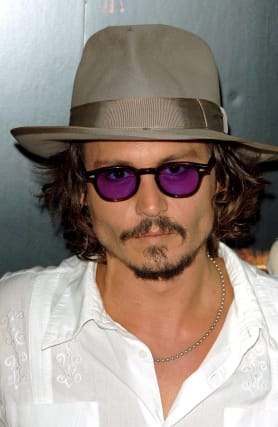 A pair of cannon believed to have been used in the Hollywood blockbuster Pirates Of The Caribbean have been stolen.

Devon and Cornwall Police said the one-and-a-half-tonne cast-iron cannon were taken from a farm in Dalwood, near Axminster, between May 28 and June 1.

The owner of the cannon told police they had been commissioned for use in the hit film franchise starring Johnny Depp as Jack Sparrow.

Officers investigating the burglary are seeking the public’s help to reunite the replica cannon – worth around £5,000 – with their owner.

They would like to identify a large, black recovery vehicle with a sheeted load that was seen entering the village at around noon on June 1 and have CCTV images of the truck.

It is believed the seven-and-a-half to 10-tonne vehicle had a chequered flag across the cab.

“Officers would like to identify the vehicle pictured in CCTV images from the A35,” a police spokesman said.

They added: “The owner of the cannon was told on purchasing them that they had been commissioned for use on the film set of Pirates Of The Caribbean.”