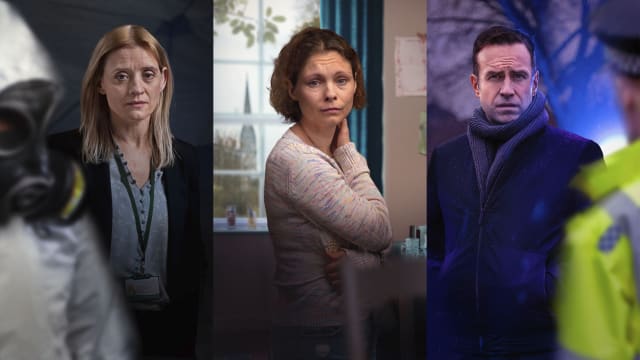 Showing a new television drama about the Salisbury Novichok poisonings to the families linked to the story was “very intense and moving”, according to the programme’s executive producer.

Laurence Bowen revealed that the BBC One series has been shown to people including the family of Dawn Sturgess, who died as a result of the chemical attack, and her partner Charlie Rowley.

He said that the screenings were a “big moment”, adding that small changes were made to the drama based on their feedback.

The programme was also shown to Detective Sergeant Nick Bailey, who was poisoned by the attack and fell seriously ill, as well as his family.

The drama centres on the role of Wiltshire’s director of public health Tracy Daszkiewicz and she was also shown the series.

Bowen said that he was “proud” of all of their responses, adding that they felt it was a “truthful” portrayal of the events surrounding the attack.

The plot follows the aftermath of the poisonings of Sergei and Yulia Skripal in 2018 and tells the story of how ordinary people and public services reacted to the crisis as Salisbury became the epicentre of a national emergency.

Bowen said: “It is a big moment as a filmmaker when you show the result of what you have done to the real life people, because in a way their response is the most important response of anybody you are ever going to show it to, or will see it.”

He added that the screenings were “difficult” for those associated with the story, adding: “They were watching the most painful moments in their lives recreated, it’s kind of surreal for them.”

They “sometimes had to watch it more than once to get their heads around it”, he added.

“We showed it before we’d finished editing and occasionally they had a few comments and things that could be slightly tweaked, which we did, so it was a very intense and moving process screening it to them.”

The Salisbury Poisonings will air on Sunday, Monday and Tuesday on BBC One at 9pm and all episodes will also be available as a boxset on BBC iPlayer after the first episode has aired.