Rachel Adedeji to leave Hollyoaks after more than four years 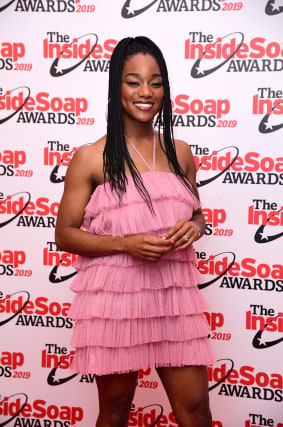 Rachel Adedeji has announced she is set to leave Hollyoaks after spending more than four years on the soap.

The makers of the Channel 4 programme said in a statement that the actress had made them aware of her decision last year.

On Tuesday, Hollyoaks announced new measures to tackle inequality after Adedeji, who plays Lisa Loveday, said last week that she had experienced racism while working on the show.

Bosses of the programme are bringing in “unconscious bias trainers” in an effort to tackle inequality among its cast and crew.

The decision came after she had said her “fellow black cast mates are deemed angry, aggressive and too vocal” and described Hollyoaks’ response to the Black Lives Matter movement as “performative and disingenuous”.

Announcing Adedeji’s decision to leave the show, a spokeswoman for the programme said: “Rachel made the decision to leave Hollyoaks to pursue other opportunities earlier last year, which saddened us at Hollyoaks as she is one of the leading cast members in the show.

“However, the notice period did allow the writers time to give Lisa Loveday an extremely gripping exit storyline.

“Viewers will see this story play out later this year as her final scenes were filmed shortly before lockdown.”

A spokeswoman for the actress said that it “had always been our intention for Rachel to leave the show after a period of time”.

“She loved her time on Hollyoaks and the exit storyline was openly discussed with the producers and her together in a collaborative format,” the spokeswoman added.