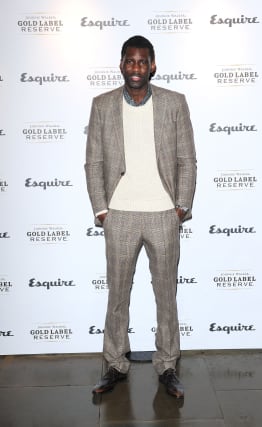 The Tasering of rapper Wretch 32’s father will be assessed by the police watchdog.

Footage posted online showed 62-year-old Millard Scott tumbling downstairs at his north London home after an officer is heard to warn: “Police officer with a Taser. Stay where you are.”

Musician Wretch 32, whose real name is Jermaine Scott, shared the video on Twitter.

Scotland Yard said it had reviewed the incident and found no misconduct, however the Independent Office for Police Conduct (IOPC) instructed the force to refer it to them and it will now assess what happened and decide whether an investigation is required.

An IOPC spokesman said: “We have used our powers to call this matter in and we will now carry out an assessment to determine whether an investigation is required.”

Mayor of London Sadiq Khan and human rights group Amnesty were among those urging the IOPC to launch an inquiry into what happened.

Mr Scott was Tasered at his home in April and told ITV News he believed he would not have been Tasered if he were white.

“It seems at this moment in time we are being singled out and targeted.”

Wretch 32, 35, told the broadcaster there has been “no progression” since he grew up watching his father and uncle “fight against police brutality”.

The Met said officers went to the property as part of “a long-running operation to tackle drugs supply linked to serious violence”.

It added: “The incident, including body-worn footage, has been reviewed by the Met’s Directorate of Professional Standards and no indication of misconduct has been identified.”