Omid Djalili: Removing Little Britain from streaming is a move towards maturity 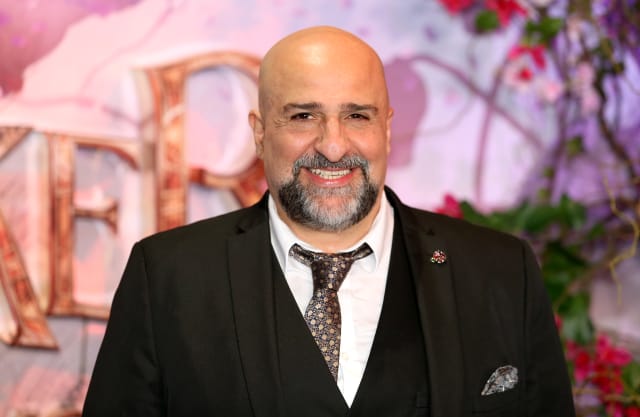 Omid Djalili has said the removal of Little Britain from streaming services is an example of society “moving towards maturity”.

It has been removed from Netflix, BBC iPlayer and BritBox in the wake of Black Lives Matter protests around the world following the death of unarmed black man George Floyd in the US.

Djalili told ITV’s Good Morning Britain: “I can tell you straight away that David Walliams and Matt Lucas are two of my very, very good friends.

“Matt Lucas himself has said he wouldn’t do a show like this, about three years ago he said that, so it’s really about your intention.

“I think it was mentioned the black and white minstrels show was around years ago and that was removed.

“It really is about us moving towards maturity I think as Michelle Obama said ‘We are all in the process of becoming’, as Maya Angelou once said, ‘When you know better, you do better.’

Asked if that type of content, which was made 15 years ago, should still be available, he added: “That’s a difficult question to answer. I know that my show the Omid Djalili Show, which was on BBC One back in 2007-2009, they’re thinking of putting it on BritBox right now, and I’ve got like 17 apologies ready to go.

“I did white-up, three times I played women, I played a white, middle-class, multi-tasking mum from Richmond.”

Referring to a picture, he said: “There’s me as Lynn Truss doing ‘Apostrophes For Africa’, which was a joke about white people being slightly patronising towards Africans and trying to dole out health.

“The difference there is these white characters are an empowered group, so it’s actually okay to make a comment on them. I think where we didn’t like black and white minstrels is they were made fun of as people who were lazy, oversexualised and it’s putting them in a particular bracket, which is why it’s right that show was maybe taken off.”

Professor Kehinde Andrews, professor of black studies at Birmingham City University, said Little Britain should never have been aired on television and that it is regretful it took the death of Mr Floyd, who died after a white police officer restrained him by kneeling on his neck, to bring about the conversation.

He told GMB: “There’s not much more offensive in popular culture than blackface.

“I remember at the time being appalled at this and Little Britain wasn’t like it was in the 50s or the 60s, it was 2003 and it just shows you how badly misunderstood and how bad the representation is.

“It should never have been put on and it certainly shouldn’t have been put on iPlayer – it’s about time it’s gone down but it’s a shame it’s taken the death of somebody thousands of miles away to start looking at racism in Britain.”

Netflix has also removed Walliams and Lucas’s other series Come Fly With Me.

In that show Lucas wore dark make-up to play Jamaican woman Precious and ground crew employee Taaj, who was of Pakistani descent.

Lucas has since said he has regrets about Little Britain, describing the comedy as “cruel”.

He told The Big Issue: “If I could go back and do Little Britain again, I wouldn’t make those jokes about transvestites. I wouldn’t play black characters.

“Basically, I wouldn’t make that show now. It would upset people. We made a more cruel kind of comedy than I’d do now.

“Society has moved on a lot since then and my own views have evolved. There was no bad intent there – the only thing you could accuse us of was greed. We just wanted to show off about what a diverse bunch of people we could play.

“Now I think it’s lazy for white people to get a laugh just by playing black characters. My aim is to entertain, I don’t have any other agenda.”

Earlier this year, the pair revisited Little Britain for BBC One’s Big Night In charity programme, reprising their roles as a number of the show’s famous characters including Lou and Andy, Daffyd, Marjorie Dawes and Sebastian while wearing makeshift costumes.

Elle Fanning signs on to return as Empress Catherine