Iggy Azalea confirms she gave birth to a son 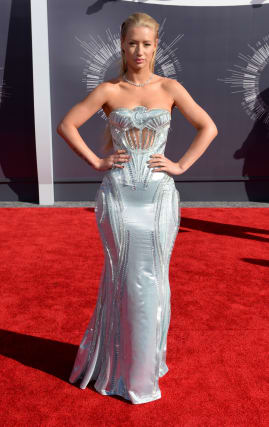 Rapper Iggy Azalea has confirmed she has welcomed her first child.

The hip-hop star, 30, is in a relationship with fellow rapper Playboi Carti and the couple were first reported to be expecting in December last year.

However, they did not confirm the news until Wednesday, when Australian-born musician Azalea shared a brief statement on her Instagram Story saying she had given birth to a son.

She said: “I kept waiting for the right time to say something but it feels like the more time passes the more I realise that I’m always going to feel anxious to share news that giant with the world.

“I want to keep his life private but wanted to make it clear he is not a secret & I love him beyond words.”

Azalea and Playboi Carti have reportedly been dating since 2018 and sparked engagement rumours in July 2019 when she was seen wearing a diamond ring.

Azalea is best known for the songs Fancy and Work.