Dame Judi Dench: I’m not allowed any time off from TikTok rehearsals 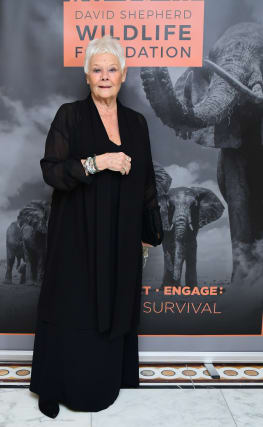 Dame Judi Dench has said she is “not allowed any time off” from rehearsing for TikTok videos with her grandson.

The actress has been a social media sensation for her videos with Sam Williams, including their perfectly co-ordinated viral dance challenges, which they perform over video chat.

She can be seen dancing to Relationship by Young Thug and Cheryl by Yung Gravy in some of the most popular videos, and also takes part in a jokes quiz in which she knows all the answers.

She told ITV’s This Morning: “I’m not allowed any time off, I’ve got to go on and then he says ‘No, we are not ready to film yet’ and I have to go on doing it until I get it right, quite right!”

The James Bond star, who will next be seen in the Disney+ film Artemis Fowl, also revealed that she never likes to watch movies she appears in.

“I haven’t seen A Room With A View, I haven’t seen a lot of films I’ve done because the choice on film, it’s not like the theatre, you don’t get another chance.

“You do it, you press the buttons that you think and you and the director and the other actor, and you talk about it, and then when you see it you think ‘Oh they were the wrong buttons to press, what I should have done is this,’ but it’s too late then.”