Being back on Coronation Street set was ‘absolutely fantastic’, says Ben Price 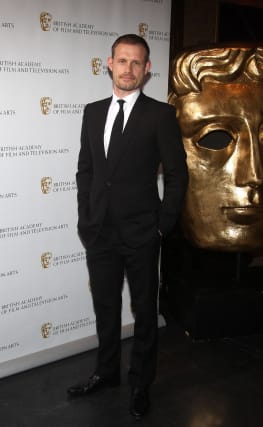 Coronation Street star Ben Price has said that it was “absolutely fantastic” to get back to filming the soap.

The actor, who plays Nick Tilsley in the ITV programme, said he thinks it is “vitally important” that the actors get back to entertaining audiences.

The soap resumed filming this week after production was initially paused because of coronavirus.

He has been filming scenes with his co-star Jane Danson, who plays Leanne Battersby.

He added: “It was absolutely fantastic to be with Jane, to get back to work.

“I am extremely grateful to be able to tell the stories and I think it is a vital show.

“I think it is vitally important we get back and we entertain and tell these stories.”

He added that it was easier than he anticipated to film scenes with social distancing measures in place.

“To a certain extent it just shows you what’s possible. It is possible to do,” he said.

However, the actor added that it makes emotional scenes “slightly difficult” to play.

After recording one scene “in my heart, as Nick, I wanted to give (Danson) a hug and, you know, that at the moment isn’t possible”.

“But the drama is there and it was a beautifully played scene and you find a way around it,” he said.

Danson said it was “emotional” to be back on set for the first time.

“At the end of the day, unprompted, they said that’s a wrap and everybody just did a round of applause, which very rarely happens, only for something really special, only if someone’s leaving or going off to have a baby or something like that,” she said.

Series producer Iain MacLeod said that they have had to work around social distancing measures when writing the script as hugging, holding hands and kissing is all banned.

He said: “We had a scene that would in a pre-pandemic universe would have required character A to attempt to kiss character B and there would have been some lip on lip contact, which is obviously not acceptable within what we are doing for biosecurity reasons.”

He said that instead of physical proximity there had to be a “verbal come on” instead.

“It works equally well, it is just a different scene,” he said.

Vampire-slaying kit goes under the hammer

Cardi B apologises for describing sisters eyes with racial slur