The Chase star Shaun Wallace recalls being stopped by police 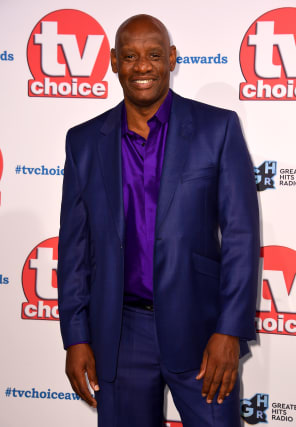 The Chase star Shaun Wallace, who is also a barrister, has recalled being stopped by police as he left court following a case.

Appearing on Good Morning Britain, the professional quizzer discussed the Black Lives Matter movement and a series of incidents in which he said he had been forced to show officers his barrister’s robe to prove where he had been.

The 60-year-old, who is of Jamaican descent, said he had been stopped by police “countless times” both as a boy and in recent years.

Speaking to Lorraine Kelly via video call, he said: “On two occasions I was coming out of Kingston Crown Court with a solicitor who happened to be white, and I was approached by these plain-clothed police officers

“They said: ‘You fit the profile of a person who was just involved in a robbery.’

“I was simply taken aback and startled, and they said to me ‘Where were you?’ and I said ‘I was at Kingston Crown Court’.

“They asked: ‘Well what were you doing there?’

“I said: ‘Well you can look inside my bag, you’ll see what.’

“And when he saw my robes he was totally astonished.

“On another occasion I was coming from Liverpool Crown Court and I was just getting off the train at Watford Junction.

“Again I was approached by these two plain-clothes police officers and I was a bit startled at why they were coming up to me.

“And again they said the same thing to me.”

Wallace advised black men to respond to officers in a “calm and dignified manner” if stopped.

“But the one thing I will never ever do is give a police officer an excuse to arrest me.”

He said he felt “empowered and proud” by the youth’s response to the death of George Floyd in the US, the unarmed black man who died after a white police officer knelt on his neck, sparking protests around the world.