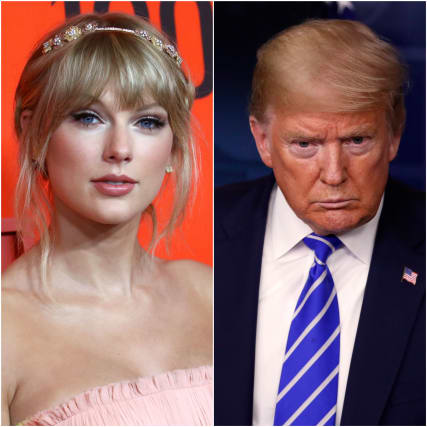 Taylor Swift has again placed herself in opposition to Donald Trump as she voiced support for a voting method the president has frequently attacked.

The pop superstar – who has become increasingly vocal following years of remaining quiet about her political beliefs – shared a series of tweets in support of the Black Lives Matter movement.

She said: “Racial injustice has been ingrained deeply into local and state governments, and changes MUST be made there. In order for policies to change, we need to elect people who will fight against police brutality and racism of any kind.”

Swift shared an article written by Barack Obama titled “How to Make this Moment the Turning Point for Real Change” before confirming her support for mail-in voting ahead of November’s presidential elections.

“No one should have to choose between their health and having their voice heard,” she said.

Mail-in voting looks set to be a key issue ahead of the election.

Supporters say it will allow vulnerable people to safely cast their ballot without worrying about the coronavirus pandemic but critics – chief among them Mr Trump – say the system is open to abuse.

In May, the president accused the state of California of sending ballots to “people who aren’t citizens, illegals” and “anybody who is walking or breathing”.

Republicans in the state are suing Democratic governor Gavin Newsom in an attempt to block his plan to send mail ballots to every registered voter.

It is not the first time Swift, one of the world’s biggest pop stars, has gone against the president.

Following Mr Trump’s controversial tweet amid the anti-racism protests sweeping America, in which he warned “when the looting starts the shooting starts” she fired back an angry response.

She said: “After stoking the fires of white supremacy and racism your entire presidency, you have the nerve to feign moral superiority before threatening violence? ‘When the looting starts the shooting starts’??? We will vote you out in November.”