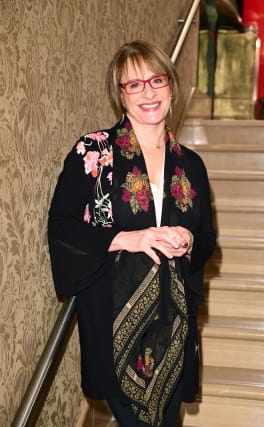 Revered stage star Patti LuPone has revealed she is considering moving to Ireland if Donald Trump wins a second term as president.

The actress, 71, said she believes Mr Trump will triumph over Democratic rival Joe Biden in November’s election, despite the US being rocked by civil unrest, a deadly pandemic and economic collapse.

“I think it is a failed experiment. I don’t see us pulling ourselves out of this. I think we’re heading into either fascism or a dictatorship. I think Trump will win a second term, and I think I’ll move to Ireland.”

LuPone has an EU passport and said she fell in love with Ireland while filming TV drama Penny Dreadful in the country.

“I have a finite amount of hours left in my life,” LuPone said. “I want to be able to look at nature and go, ‘Oh right. That’s what it’s all about’.”

It is not the first time LuPone – a winner of Grammy, Tony and Olivier awards – has taken aim at Mr Trump.

In 2017 she said she would refuse to perform if the president arrived at one of her shows, saying she “hates” him.

A CNN poll this week found the president’s approval rating down seven points in the last month, as protests against police treatment of black people continue across the US.