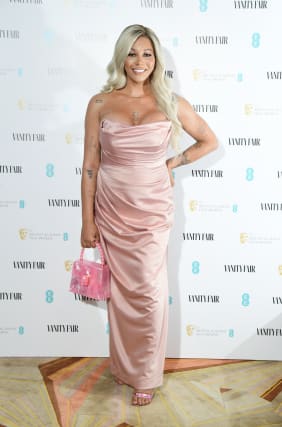 Munroe Bergdorf has reunited with L’Oreal Paris almost three years after she was sacked by the make up giant for a Facebook post about the racism of white people.

The cosmetics company cut ties with the transgender model over her comments about “the racial violence of white people”, saying they were “at odds” with the brand’s values of “diversity and tolerance towards all people irrespective of their race, background, gender and religion”.

The company recently came under fire when it made a statement in support of the Black Lives Matter movement, with Bergdorf tweeting: “Excuse my language but I am SO angry. F*** YOU @lorealparis.

“You dropped me from a campaign in 2017 and threw me to the wolves for speaking out about racism and white supremacy. With no duty of care, without a second thought.

“I had to fend for myself being torn apart by the world’s press because YOU didn’t want to talk about racism. You do NOT get to do this. This is NOT okay, not even in the slightest.

“I said yesterday that it would only be a matter of time before RACIST AF brands saw a window of PR Opportunity. F*** you. F*** your ‘solidarity’. Where was my support when I spoke out? I’m disgusted and writing this in floods of tears.

“If you care about me or #blacklivesmatter, don’t let @lorealparis get away with this.”

Bergdorf said the brand’s new president Delphine Viguier had apologised to her for the way the situation was handled and invited her to sit on the company’s UK Diversity & Inclusion Advisory Board.

In a post on Instagram, she wrote: “As an activist, part of my work is to encourage big businesses to understand their responsibility with regards to diversity and inclusion.

“It’s imperative that in all industries, a wide range of people from different backgrounds and experiences are in the room at all levels and in decision making roles, to reduce oversight and to create a product that is built with all people in mind.”

She added: “I believe in accountability and progress, not cancellation and grudges. While what happened three years ago was extremely traumatic for me personally and professionally, sitting on a board to provide a voice and a champion for black, trans and queer voices in the beauty industry is important for me.”

“It feels good to finally have closure on this matter and I look forward to new beginnings with the L’Oreal team.”

A statement by Viguier, shared on L’Oreal Paris’s Instagram page said: “I had an honest, transparent and vulnerable conversation with Munroe Bergdorf. We listened to each other and shared our feelings and perspectives on the situation with open hearts and minds. It was a powerful moment of human connection.

“Here is what I heard from her: 3 years ago, Munroe felt silenced by a brand, L’Oreal Paris, that had the power to amplify her voice.

“While we both agree today that negative labels should not be used to define all individuals in any group, I understand much better the pain and trauma that were behind Munroe’s words back then and the urgency she felt to speak in defense of the Black community against systemic racism. I regret the lack of dialogue and support the company showed Munroe around the time of the termination. We should have also done more to create a conversation for change as we are now doing.

“We support Munroe’s fight against systemic racism and as a company we are committed to work to dismantle such systems.”

She said that as well as forming the advisory board, the company will also honour Bergdorf’s advocacy for the trans and black communities by donating to causes that support social justice and are personal to her experience, adding: “Speaking out is worth it, only if we are able to listen, learn and grow.

“We all want to contribute to a society in which everyone can live safely, peacefully and equally, and that begins with repairing relationships and moving forward together. I thank @munroebergdorf for her willingness to do this.”