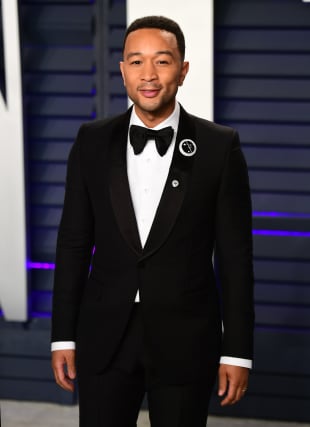 John Legend has attacked Donald Trump for his response to the Black Lives Matter protests sweeping the US, describing him as a “bigot” with a “sick mind”.

The singer, 41, said the US would be in a “weaker position” as long as he remained president and that it was an “urgent priority” he was removed from power.

He also claimed Mr Trump wanted to use the military to “wage war” on the nation’s “undesirable citizens”.

Legend, who is releasing his seventh studio album Bigger Love, has been a vocal opponent of Mr Trump, criticising his handling of the coronavirus crisis.

Speaking during an online listening party for his album, he said: “President Trump is obviously a bigot, he has been a bigot his entire life, his father was a bigot.

“He is also not very good at actually managing anything. Bad at managing the pandemic response, even executing his own twisted ideas, he’s terrible at that.

“That’s probably one of his only saving graces is that he is not capable enough to execute all the terrible things he wants to do in this country that are manifestations of his sick mind.”

Black Lives Matter protests have taken place around the world following the death of unarmed black man George Floyd in the US after a police officer knelt on his neck.

His death sparked a wave of anger, with demonstrations taking place across major US cities.

Speaking from his home, Legend added: “We are always going to be in a weaker position as a nation as long as he is in charge because he is not capable of leading the country well.

“In particular, when we have moments of racial unrest and responses to racism, having a bigot as the chief executive of the country is a terrible thing, who also has authoritarian impulses, who wants to use the military to wage war on undesirable citizens.

“We are always going to be in a weaker position as a nation as long as he is in charge, and it is an urgent priority that he is not in charge any more.”

Legend also addressed his decision to release the album while the protests continued, saying he wanted to highlight the “fullness of what it is to be black and human” through his music.

He said: “During these challenging times, some of us wonder if it is OK to express joy, to laugh, to dance, to be romantic, or do we need to be in a constant state of mourning?

“Lately, the images of black people in the media have been showing us with knees on our necks, with us in protests, us in mourning, us in anger.

“And through our art we are able to do that.

“This album is really a celebration of black music. All of my influences, all of the different strains of music that has come from the African diaspora.”

The Grammy-winning artist, who is married to model Chrissy Teigen, said he had been inspired by the knowledge that his music had helped fuel the protests.

Videos have circulated online showing protesters singing his 2014 song with rapper Common, Glory, which soundtracked the film Selma, about the civil rights movement.

“It seems like history keeps repeating itself with conflagrations where we have video of egregious examples of police abuse and folks get out on the streets,” he said.

“I think artists, a lot of times we are responding to activists and organisers and the people on the streets.

“They are inspiring us and then in turn we write music that helps fuel what they are doing as well.

“We have seen it with Glory. We have seen videos from these past two weeks of people marching with that song.

“It inspires me to keep making music and it makes me feel good that what we did is fuel for people’s protest and fuel for their activism.”