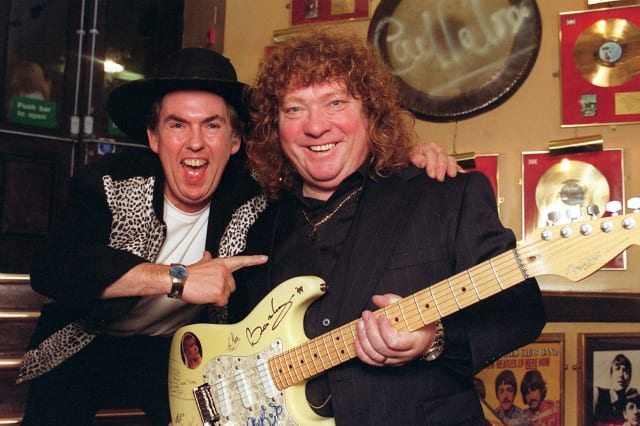 The Sweet bassist Steve Priest has died aged 72, his former bandmate has said.

The group's guitarist Andy Scott announced the news on Facebook.

He wrote: "I am in pieces right now. Steve Priest has passed away.

"His wife Maureen and I have kept in contact and though his health was failing I never envisaged this moment. Never.

"My thoughts are with his family."

Glam rock band The Sweet found success in the 1970s and had hits such as Ballroom Blitz and Fox On The Run.

Scott added that the late musician was "the best bass player I ever played with".

He said: "The noise we made as a band was so powerful.

"From that moment in the summer of 1970 when we set off on our musical odyssey the world opened up and the roller coaster ride started."

He did not reveal the cause of Priest's death.

Laura Haddock has a new man

Billie Faiers 'in talks to star on Dancing on Ice'

Kanye West says he is running for US president

Adele is 'pouring her heart and soul' into her new record