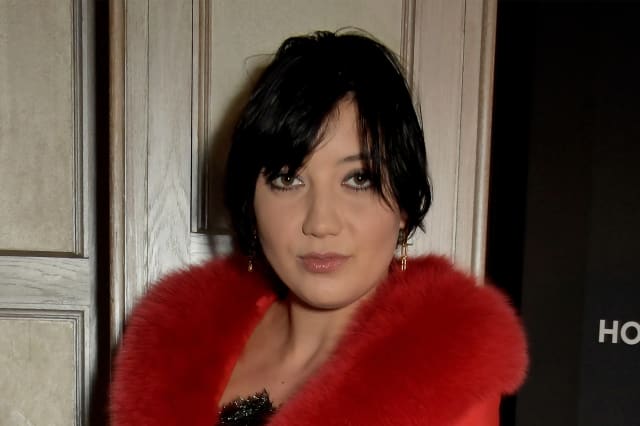 Model Daisy Lowe has revealed she suffered a secret breakdown after taking part on Strictly Come Dancing that left her unable to sleep or leave the house and her hair began to fall out.

The 31-year-old daughter of fashion designer Pearl Lowe and Bush singer Gavin Rossdale took part in the BBC dance show in 2016 and made the decision to continue in the competition following the death of her grandfather Eddie Davis.

Lowe told addiction podcast The Wagon how taking part in the Strictly was the "greatest experience in my career" and "the dream".

But she revealed: "It's incredibly high-octane and my favourite person in the world passed away on my very first day as I was being introduced to everyone who was part of the Strictly family.

"I got the call and I had to make my choice. I wanted to quit and come back some day after I'd grieved. But my grandmother called me and said, 'Don't you dare - go and win this for him.'"

Lowe - who was partnered with Aljaz Skorjanec on the show - was voted out in week eight of the 13 week series, which was won by won by BBC sports presenter Ore Oduba.

She confessed she felt she had failed her grandfather.

Lowe admitted, "I had no idea how much I was struggling," but she went on to suffer heart palpitations, and was unable to eat, sleep or even talk and did not leave the house for seven months.

She said: "The strangest thing happened. I think that I was so burned out that I lost the ability to speak. All I could really say was, 'I'm sad' or 'I'm scared' or 'I feel really anxious'.

"I'd been to the doctors and I'd been signed off work with clinical depression. I had been tried on a few different antidepressants and all of them had very adverse effects. I didn't sleep for four months. The insomnia was so unbearable.

"I was shaking, I lost my appetite and my hair started falling out. It was horrific."

Lowe revealed her mother Pearl Lowe, 50, encouraged her to check into a rehab clinic in Ibiza, run by psychotherapist John McKeown, who also presents The Wagon podcast.

The TV star revealed spending time caring for chickens, doing yoga and kickboxing all played a part in her recovery.

But she returned to the luxury clinic for a second time because she was no longer afraid to admit she could not cope.

Lowe also said that embracing her anger played a big part in her recovery.

She said: "I realised that I had never really gotten angry and it is a really powerful emotion... I think I had suppressed it so much that it had all gone inward.... I had been holding on to that stuff for a very long time and I had to expel it all in an explosion."