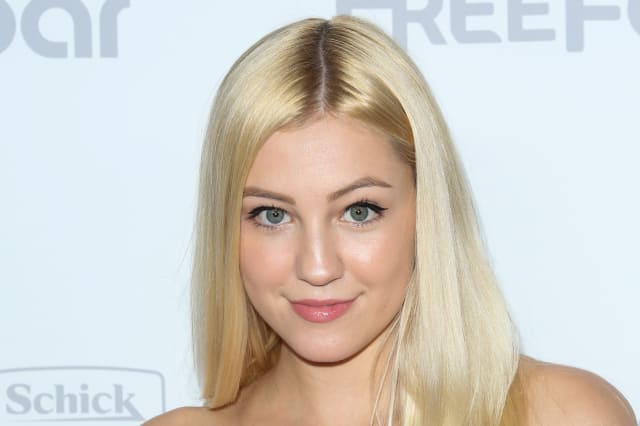 The college grad, 22, modelled a vintage Bon Jovi concert t-shirt that she found in the Melrose Place star's closet. She looked just like her actress mum, who wore the shirt to a media event in 2000 while still married to the band's guitarist and singer/songwriter Richie Sambora.

"I got it from my mama," Ava captioned the photo of herself posing in the one-shoulder "Bon Jovi Forever" tee from the band's New Jersey Syndicate Brotherhood Tour, which ran from 1988 to 1990. "Like I literally got this shirt from my mom's closet."

Locklear, 58, wore the shirt with a long denim skirt to the 2000 ABC Summer Press Tour. At the time she was starring in TV's Spin City. Michael J. Fox had departed the series, as his Parkinson's disease symptoms worsened, and Charlie Sheen had joined the cast.

Commenters were nostalgic about seeing Ava in Locklear's top. One person wrote, "Woow a tribute to your mother and father at the same time." Another put, "like mother like daughter." And one more wrote, "Iconic is an understatement!!"

Ava is the only daughter of Locklear and Richie, who were married in 1994 and divorced in 2007. Despite the famous couple's high-profile split, they have remained a modern family, throwing Ava's sweet 16 party together and continuing family vacations.

Richie, 60, has also been there for his ex amid her long road to sobriety.

"Richie and Ava are giving her a lot of support," one of Locklear's friends told People magazine in April. Another source added, that Locklear, who has "managed to turn things around," is "always happiest when she is with her daughter."

Ava recently graduated from Loyola Marymount University in Los Angeles — and like other pandemic grads, did so virtually.

Yesterday I graduated from Loyola Marymount University! I earned a B.A. in Psychology with a minor in Women’s and Gender Studies! I am hoping to attend graduate school in Fall of 2021! Thank you to all the wonderful people in my life who made this journey possible! Cheers to all the grads! 🥂🌸🎓🦋 #LMU20

Locklear was happy to report that her daughter got a 4.0 GPA her last semester and the Dynasty alum arranged a parade in honor of Ava. Locklear said the participants were members of her church and the video showed a stream of vehicles, including firetrucks, cheering and honking to wish Ava well.

My church celebrating Ava’s graduation. She got a 4.0 this semester🤩@atmosphere.church

Richie famously parted ways with Bon Jovi in 2013, after decades in the group, amid turmoil with frontman Jon Bon Jovi. Although he joined the band when it was inducted into the Rock & Roll Hall of Fame in 2018, there remains bad blood. In an interview with Bon Jovi in December, he said, "I wish [Richie] was here, too, because we were a formidable duo. Our voices were the magic and he's a great guy and all that kind of stuff, but his choices have led him astray."