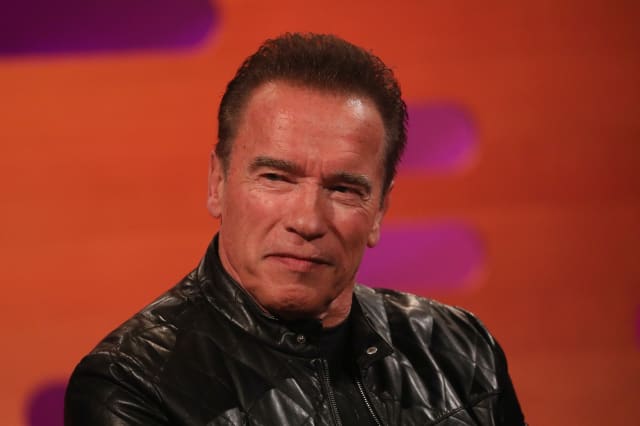 Arnold Schwarzenegger has discussed his experience of waking up from having emergency open-heart surgery.

The actor, 72, said that he had to undergo the procedure four months before he was due to start filming for Terminator: Dark Fate.

During an online graduation speech recorded for media company ATTN:, he said that doctors had originally intended to repair one of his heart valves but ended up having to do open-heart surgery because of complications.

"I woke up 16 hours later instead of four hours and there was a tube sticking out of my mouth," he said.

"Something went wrong during this non-invasive surgery and then it became invasive.

"They said that they broke through the heart wall and there was internal bleeding and I could have died if they didn't open up my sternum and do open-heart surgery."

Schwarzenegger added: "The reason why I'm telling you all this is because no matter how successful you are, life will throw obstacles in your path, like it was with my heart surgery or your graduation now.

"But if you have a very clear vision like I talked about earlier, of exactly what you want to do and who you want to be, you can go and find a way around all of these obstacles."

The actor also told the graduates that the challenges they are facing because of the coronavirus pandemic will help them prepare for the future.

He said: "I can promise you this coronavirus won't be the last obstacle that you face.

"But it can help you prepare for the next one.

"That's what life is all about, overcoming obstacles."

'Every morning without fail': Gwyneth Paltrow drinks a 'superpowder' for her youthful looks