Who Wants To Be A Millionaire guest reaches final question – but did he answer? 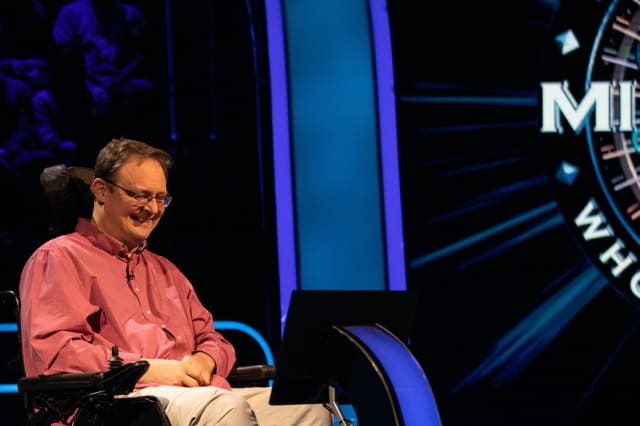 A retired doctor got to the final question on Who Wants To Be A Millionaire – but walked away with £500,000.

Andrew Townsley, from Glasgow, could have been the sixth contestant to scoop the maximum prize on the ITV quiz show after correctly answering the first 14 questions.

However, faced with a question on motorsport, he decided to play it safe and walk away with half a million pounds.

The crucial final question asked: "Which of these iconic races was held first?"

Mr Townsley, who said he will use the money for a trip to Niagara Falls, used his final lifeline, phone a friend, but his chosen helper did not know the answer either.

Explaining his decision to walk away, he said: "I don't know the answer and it's just too much money to lose.

"Having got so far and to go on a whim I think would be foolish and Niagara Falls is looking very nice at this time."

Agonisingly, Mr Townsley said he would have said Isle Of Man TT, which was the correct answer.

Host Jeremy Clarkson congratulated him on being a "truly fabulous contender".

The £500,000 question asked who Beethoven's 1804 Eroica Symphony was originally dedicated to.

Mr Townsley, who appeared on the show in a wheelchair and has progressive MS, asked the audience before correctly answering Napoleon Bonaparte.

He also answered the £250,000 question, correctly identifying The Twelve Apostles peaks as being connected to Table Mountain.

Ingram Wilcox was the most recent winner of the million pounds, going all the way in 2006.

In all, five contestants have won the one million prize on the UK version of Who Wants To Be A Millionaire.

For her final question, then host Chris Tarrant asked: "Which king was married to Eleanor of Aquitaine?"

Perhaps the most famous contestant in Who Wants To Be A Millionaire history, Major Charles Ingram, has been back in the news thanks to ITV drama Quiz.

Ingram "won" the grand prize but it was never paid out after he was accused of cheating in an infamous coughing scam.

Who Wants To Be A Millionaire airs on ITV.