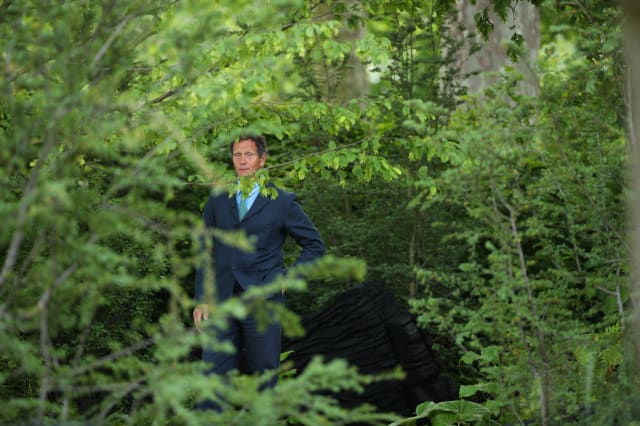 Monty Don has revealed his dog Nigel has died after he was taken ill and is now buried with "lots of tennis balls".

The golden retriever became the surprise star of BBC Two's Gardeners' World, receiving his own fan mail, social media fan accounts and lent his name to Don's book Nigel: My Family And Other Dogs.

Don wrote on Instagram: "I am very sorry to announce that Nigel has died.

"To the end he was happy, healthy and his usual calm, lovely self.

"But he was suddenly taken ill and he slipped quietly away with no pain or suffering and is now buried in the garden with lots of tennis balls.

"Rest now old friend. See you in the sweet bye and bye."

Before his book was published, Don said: "I am just as much a fan of Nigel as any besotted viewer."

Nigel was frequently seen following Don around the garden with Don's other Dog Nellie.

Across the country Gardeners' World presenters give advice and share their knowledge from their own gardens to enable people to get the most out of theirs.

Currently hosted by Monty Don, the long-standing program was first introduced in the '90s and came back almost 10 years later in 2007, acquiring a legion of loyal green-fingered followers over the years.

Whether you want to know how to create depth in a small, backyard garden or make the most of your latest spinach crop with homemade pesto, presenters prove that the possibilities are endless for any gardener and garden.

Monty Don's cottage garden was first used as a vegetable patch, but, over the years, the gardener has transformed it into a traditional space filled with soft colours, fruit trees and over 50 kinds of old-fashioned shrub roses.

Last year Don revealed on Twitter that Nigel had had surgery to remove some growths from his mouth.

He added: "It all went well, he is fine – if a bit sore – will have a quiet weekend and be ready for filming next week. He will, of course, play the starring role in tonight's GW."

Prostate cancer is now the UK’s most commonly diagnosed cancer