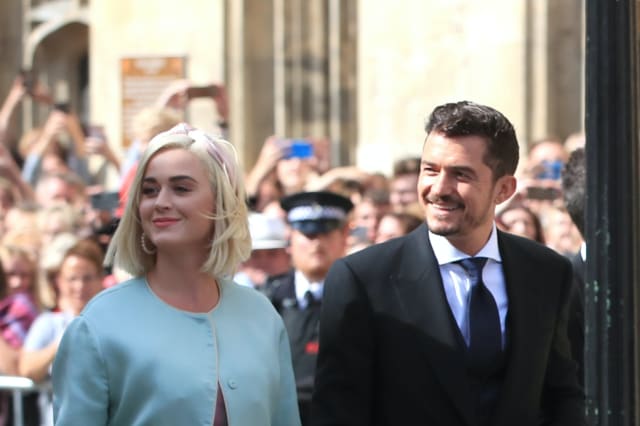 Katy Perry has shared a video of an ultrasound scan, appearing to show her unborn daughter giving her the "middle finger".

The pop star, who is expecting a child with fiance Orlando Bloom, posted the video on Instagram with the hashtag #happymothersdaytome, to mark Mother's Day in the US on May 10.

In the video, Perry is heard saying: "Oh my God, that's so funny. She's literally giving me the middle finger."

She is joined by another woman, who says: "And another hand ... Oh, that little finger."

The singer wrote to her 95.6 million Instagram followers: "When your unborn daughter gives you a middle finger from the womb you know you're in for it."

Perry first mentioned the scan during an appearance on Live With Kelly And Ryan in April, where she joked the child's behaviour proved they were related.

Speaking via video link, she said: "I went to a doctor's appointment yesterday and I had an ultrasound, and she was moving around.

"I have a video of her giving me the middle finger and I was like: 'This is my child'."

Perry announced her pregnancy earlier this year, in the music video for her single Never Worn White.

The song appeared to be about her relationship with Bloom and features the lyric: "See us in 60 years with a full family tree."

Bloom, 43, and Perry, 35, have been dating for more than four years after reportedly getting together in 2016.

The couple confirmed their engagement in February.

Prostate cancer is now the UK’s most commonly diagnosed cancer