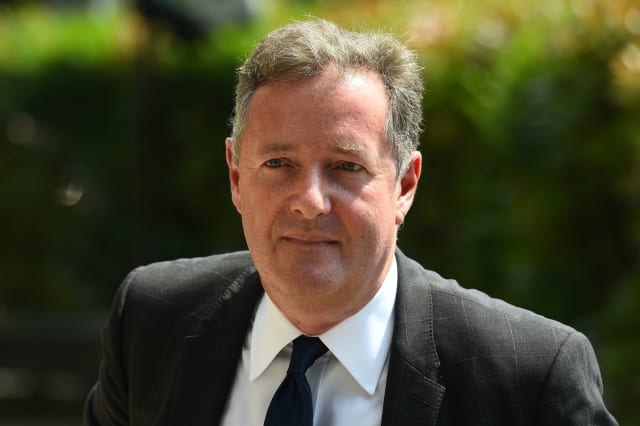 Good Morning Britain host Piers Morgan is set to return to the show after he tested negative for Covid-19.

However, his test results have now come back and he does not have the illness.

Morgan tweeted the news and said he will seek medical advice before returning to the Good Morning Britain sofa.

He said: "UPDATE: My COVID-19 test was negative. I was advised to take the test by my doctor after developing possible coronavirus symptoms, and was entitled to do so as a Govt-designated essential worker.

"I'll be back on @GMB as soon as my doctor advises I'm OK to return to work."

Morgan told fans on Sunday he had developed a possible coronavirus symptom and was getting tested "out of an abundance of caution".

Ben Shephard stood in for Morgan on Monday's GMB while his usual co-host Susanna Reid quipped she will be on her "best behaviour" while he is away.

Throughout the pandemic, Morgan has been involved in robust interviews with Government ministers over their handling of the crisis.

Last month, he was cleared of breaching TV watchdog Ofcom's rules after attracting more than 3,000 complaints for his "combative" interviews.

Morgan defended the first interview, saying it was not as "uncomfortable" as the conditions for the carers on the front line of the coronavirus crisis.

Chris Evans and Lily James spend night out in London

Charlie Daniels, 'Devil Went Down to Georgia' singer, dead at 83

G-Eazy 'in a better headspace' since Halsey split