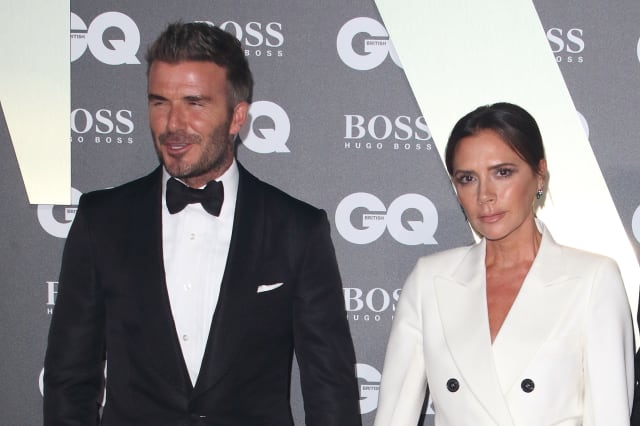 Victoria Beckham has given fans a glimpse of her family's celebration for husband David's birthday.

The star turned 45 on Saturday and enjoyed the day with his family at home.

Victoria, 46, who recently reversed her decision to furlough staff at her fashion label, posted a video of David blowing out candles on a cake.

"Happy Birthday David Beckham!! We we love you so, so much," she wrote.

Their children – apart from Brooklyn Beckham who is in lockdown in the US with his girlfriend – could be heard singing "Happy birthday" with David joking it should be a "bit more upbeat".

Victoria also posted an old snap of the couple walking their dogs in Manchester.

"Remembering our walks with Snoop and Puffy in Manchester all those years ago.

"Still dog walking together 23 years later. Love you so much," she said.

Victoria declared David to be the "best daddy" and wrote: "Celebrating in lockdown and missing Brooklyn Beckham and all our friends and family today."

And she also showed off the personalised wrapping paper containing David's presents.

"I'm quite obsessed with it," she said of the paper, featuring his face.

Victoria made a U-turn about furloughing staff at her fashion label following controversy over the decision.

Cat is unrecognisable after weight loss

Jacqueline Jossa insists she has NOT split from Dan Osborne