Paddy McGuinness reveals he has been banned from TikTok 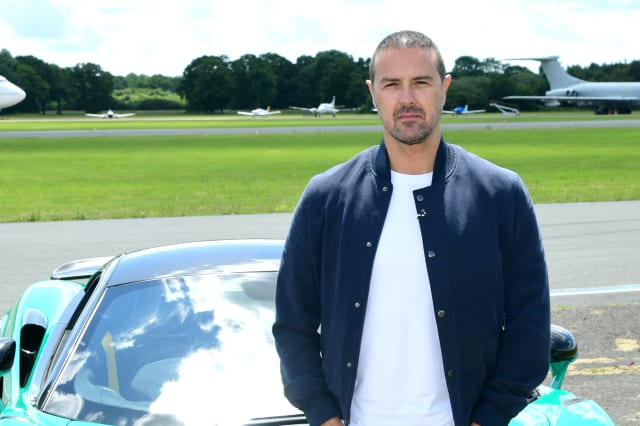 Paddy McGuinness has revealed he has been banned from TikTok after posting dancing videos with his wife Christine.

The Top Gear host added he has no idea what has caused the social media platform to block him.

He told The Chris Moyles Show on Radio X: "I tried TikTok, my Mrs said 'we'll do these TikToks when we've got nothing else to do', I went 'right, ok'.

"I put three videos on, two were banned and I'm now banned, so it was a very short TikTok career, thank you!"

Asked what featured in the videos to prompt the response, he said "Well nothing at all! The trouble is with TikTok, you go 'Why's this banned?' and no one ever gets back to you.

"I honestly think they've gone 'hang on, it's a 46 year-old man dancing in his garden, we don't need this'.

"It's a strange one though, that TikTok, because I got banned for them videos and then you have a look through and I genuinely don't know much about it – I literally downloaded them videos and I've never been on it since – when you flick through, there's loads of like pictures of people scantily clad and all this and I'm like 'what am I being banned for?!'"

Christine has previously revealed that she has had a video taken off the service too, but it was later restored.

However, McGuinness said despite the TikTok incident, he is getting on better than ever with his wife.

He said: "I don't know if your listeners might have a different opinion on this, but I kind of feel as though arguments are less!

"Because a lot of the stuff you argue about in life, I find, is stuff outside of your house.

"You know, work or going out with your mates – 'what time do you call this?' – and all that sort of stuff. All that's gone now.

"So you've nothing major to argue about. It gets a bit tetchy in the first week and then after that you just go with it, don't you?"

'It stays with you for life': Lady Gaga opens up on her childhood bullying ordeal

'I embrace turning 50': Naomi Campbell on her new age milestone