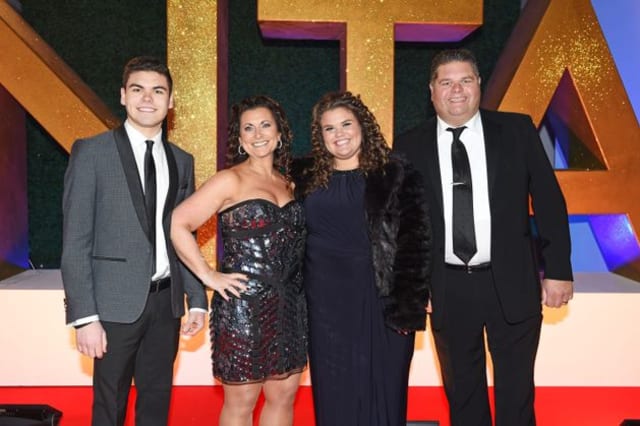 Gogglebox star Jonathan Tapper has said he credits his weight loss with helping him survive coronavirus.

The reality TV star and the rest of his family all suffered from symptoms of Covid-19.

He told Lorraine Kelly on ITV's Good Morning Britain: "It wasn't too great. The symptoms of high fever and feeling very weak, mainly, and coughing.

"I literally couldn't move at one point, couldn't walk up the stairs and if I did manage to get half way up, I was really struggling for breath."

Scarlett Moffatt became a household name after appearing on Gogglebox with her family. These days, she presents TV shows, including I'm A Celebrity Extra Camp.

Asked if he thinks his lifestyle change before the virus aided in his recovery, he said: "In every way, losing weight is a good thing. I definitely think because I did, it helped me get through this horrible virus."

His daughter Amy said at one point her father was so ill she checked he was still breathing every hour, and wife Nikki added: "We all lost our taste and our smell apart from Jonathan. The frightening thing was, Jonathan seemed stable at the beginning – he didn't move literally for two weeks off the couch.

"I had to be OK because I had to make sure he was OK because he was so poorly. But the frightening thing was, on about day nine, that's when we plummeted.

"I messaged Amy and Josh to say I couldn't get out of bed and to make sure Jonathan had hot drinks and was OK as we'd put Jonathan in the TV room to isolate.

"Then Amy came running up the stairs and said: 'I'm really worried. Dad's in a terrible way.' That's when I really started to panic."

'It stays with you for life': Lady Gaga opens up on her childhood bullying ordeal

'I embrace turning 50': Naomi Campbell on her new age milestone