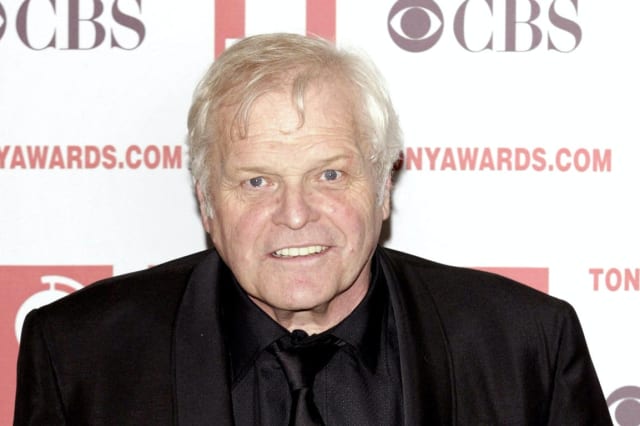 Hollywood actor Brian Dennehy has died at the age of 81, his daughter said.

The actor, known for film roles including First Blood and Cocoon, died on Wednesday due to natural causes.

He was a two-time Tony Award winner whose portrayal of Willy Loman in Death Of A Salesman also earned him a Golden Globe.

She said: "It is with heavy hearts we announce that our father Brian passed away last night from natural causes, not Covid-related.

"Larger than life, generous to a fault, a proud and devoted father and grandfather, he will be missed by his wife Jennifer, family and many friends."

Dennehy was known for his bulky build and no-nonsense approach to acting.

In 2000, Dennehy won the Golden Globe for best actor in a miniseries or television film for the TV adaptation of Death Of A Salesman.

The role of Willy Loman had won him the first of two Tony Awards in 1999, with the second, for Long Day's Journey Into Night, coming in 2003.

Star Trek actor William Shatner was among those paying tribute.

He tweeted: "Condolences to the family of Brian Dennehy. A wonderfully talented actor."

She said she is "just devastated" by his death.

She tweeted: "They is no one i enjoyed working with more. And there are few friends as valued in my life. I took this photo backstage when we were in Love Letters. He loved my pup Bowie."

Writing on Twitter, Woods said despite his bulky frame, Dennehy was a "sweetheart".

He said: "I'm just devastated to hear we lost my beloved friend and colleague, #BrianDennehy. We were partners on two of my favourite films, Split Image and Best Seller. I've never laughed so hard as we did every day on the set or off. For a big 'tough guy,' he was a sweetheart. #RIPBrian."

He said: "RIP Brian Dennehy. Brilliant and versatile, a powerhouse actor and a very nice man as well."

Academy Award-winning actress Marlee Matlin tweeted: "He was truly a tremendous actor and his passing is such a terrible loss. Sending condolences to his daughter Elizabeth and the entire family. RIP."