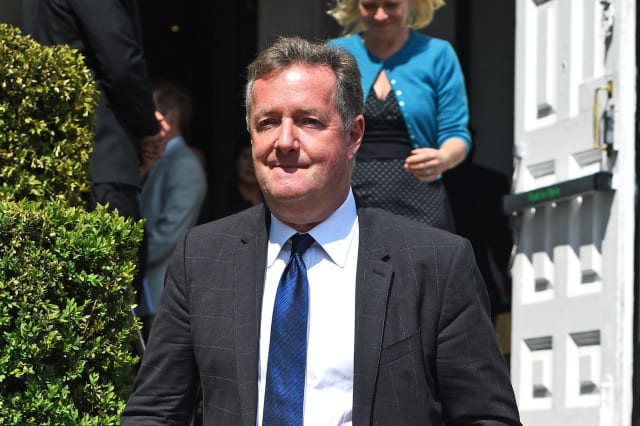 Piers Morgan has defended a live interview he conducted with care minister Helen Whately, which sparked more than 600 complaints to Ofcom, saying it was not as "uncomfortable" as the conditions for the carers on the front line of the coronavirus crisis.

During an appearance on ITV's Good Morning Britain, Morgan asked Ms Whately for the number of health workers and care workers who have died from the illness.

The interview became increasingly animated, with some viewers accusing Morgan of "bullying" the politician. However, others praised him for "demanding answers".

A spokeswoman for Ofcom said the regulator has received 643 complaints about the interview.

Ms Whately told Morgan: "Your focus on figures slightly belies the fact we are talking about individual people's lives here."

The presenter interjected: "I just asked you how many health workers and care workers have died from coronavirus on the front line; do you know the answer?"

She replied: "The latest information we have for NHS workers is that 19 NHS workers have very sadly died."

Morgan again interjected to say that figure is "complete and utter nonsense".

ITV shared a clip of the interview online, where one viewer replied: "He bullied her to such an extent I turned it off. I gave you a second chance after the bullying questioning yesterday of the minister.

Another replied: "I have complained again to Ofcom. That was a disgusting interview the poor woman was bullied. I am disgusted the producers allowed the interview to continue. So embarrassing to watch."

However, another viewer said: "The only program holding these ministers to account, keep up the good work."

Another replied: "Can't praise @piersmorgan enough for the way he has demanded answers to admittedly tough questions through this pandemic.

"For perspective, it probably wasn't quite as 'uncomfortable' as what our under-protected NHS & carer frontline heroes are going through."

When one viewer accused him of "trying to embarrass a woman", he replied: "Ahhhh, of course... I was being sexist! Just for the record, I don't care what gender Govt ministers are, but I do care if they refuse to answer questions or start laughing when being asked about very serious matters."

He later added: "One thing that's surely obvious from my excruciating @GMB exchanges with Care minister Helen Whately today is that she is completely out of her depth & should be replaced by a heavyweight minister who can better handle the mounting & devastating care home #coronavirus crisis."

A spokeswoman for Ofcom said: "We are assessing the complaints against our broadcasting rules, but are yet to decide whether or not to investigate."

Ms Whately also made appearances on BBC Breakfast and Sky News before the interview with Morgan on GMB.