David Beckham surprised a pensioner by visiting his home to deliver a care package during lockdown.

David Roberts, 70, from Abingdon in Oxfordshire was nominated by charity Age Concern to connect with a "high profile celebrity" and was told to expect a phone call at 10.15am. 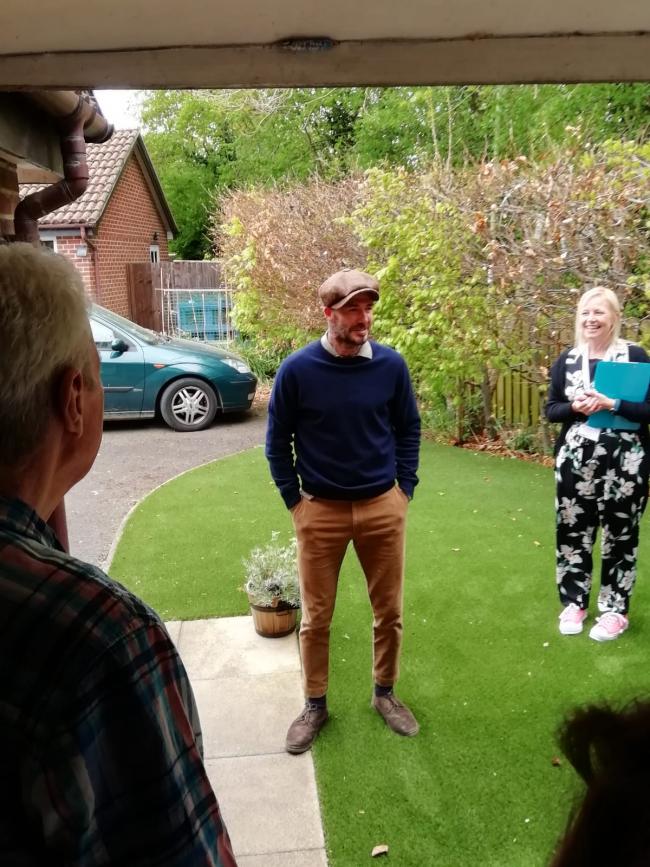 But retired footballer Beckham, 44, surprised Roberts by appearing in his front garden.

Roberts told the Oxford Mail: "David was at my door right on time. All I could think to say was, 'Hello, how are you?'

"He is a lovely guy, we chatted about what will happen to this season's football, and Manchester Utd and also me being a Liverpool supporter.

"He also gave a goody bag to me and my family."

In keeping with social-distancing guidelines Beckham was not able to enter the house but stood in the front garden and had a chat.

Mr Roberts lives at home with his wife and his 33-year-old son who have cared for him as he battled cancer.

He added: "I think the visit was as much for them as me because they have cared for me since I had a cancer operation in December, which I have been battling, with the help and support of family and friends -who include neighbours and work colleagues - for three years."

Age Concern is urging people to phone their older relatives and friends during the lockdown to offer them support and some company during self isolation.

Beckham is self-isolating with wife Victoria Beckham and their youngest children Romeo, 17, Cruz, 15, and Harper, eight, at their country home in the Cotswolds. Their eldest son Brooklyn, 21, is believed to be in isolation elsewhere.

He has spoken out on Instagram, urging peope to stay at home in order to help limit the spread of coronavirus.