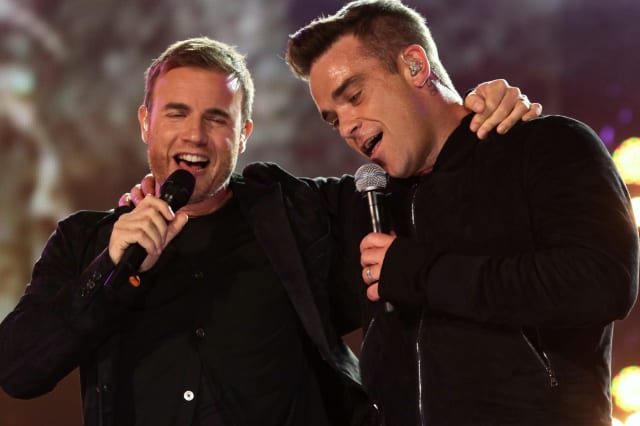 Gary Barlow and Robbie Williams have reunited to perform a duet for fans on social media.

Barlow referred to him and his former Take That bandmate as the "dynamic duo" as he shared a video of the performance.

The pair sang their song Shame, which was released in 2010.

In the video, Barlow appears to be playing a keyboard while singing along with Williams.

Barlow tweeted: "Sorry to have made you wait so long for this one.

"Yes the dynamic duo return. Thank you Robbie Williams for taking the time to be part of this.

The singer has been entertaining fans with his daily Crooner Sessions broadcasts on social media during the Covid-19 lockdown.

Previous guests have included Sir Cliff Richard, who performed his 1979 hit We Don't Talk Anymore, with Barlow joining in.

Australian pop star Jason Donovan, Westlife's Shane Filan and the X Factor's Olly Murs have also teamed up with Barlow in the broadcasts.