Eamonn Holmes criticised for 5G comments on This Morning 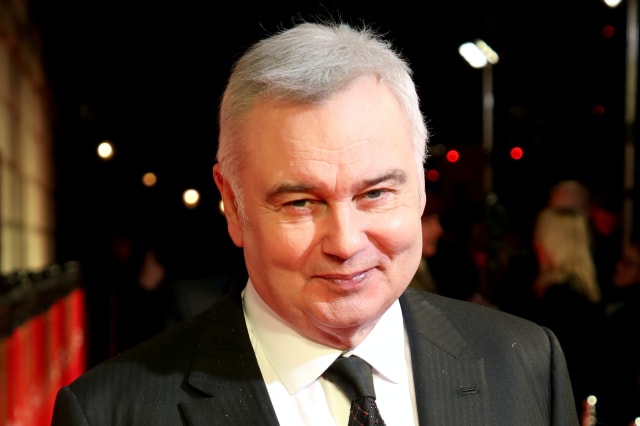 This Morning host Eamonn Holmes has been branded "irresponsible" for comments he made on 5G technology and coronavirus.

He spoke out on the ITV show after presenter Alice Beer branded the conspiracy theories which link them as "ridiculous" and "incredibly stupid".

Holmes, 60, who was co-presenting with wife Ruth Langsford, responded that "it's very easy to say it is not true because it suits the state narrative".

He told Beer: "I totally agree with everything you are saying but what I don't accept is mainstream media immediately slapping that down as not true when they don't know it's not true.

He made the remarks after scientists dismissed any link, calling it a "physical and biological impossibility" and branding "conspiracy theorists... a public health danger".

Viewers criticised the presenter's comments and accused him of "legitimising" the conspiracy theories.

@vickster51 wrote: "So I've just heard This Morning presenter Eamonn Holmes legitimise the stories linking the coronavirus lockdown to 5G. On national television. Wow. How irresponsible can you get. Switching off. Hope Holly and Phil are back soon."

Andy Green wrote: "Well done Eamonn. You just added more fuel to this 5G conspiracy theory by legitimising what is utter nonsense. You need to research properly before pronouncing."

MPs have called for social media companies to be held to account following reports of phone masts being attacked after theories spread online.

And Ofcom is assessing comments made by David Icke about coronavirus.

The media watchdog previously ruled that a local radio station had breached its rules after one of its guests suggested the Covid-19 outbreak was caused by the rollout of 5G mobile technology.

A Government spokesman said: "We are aware of a number of attacks on phone masts and abuse of telecoms engineers apparently inspired by crackpot conspiracy theories circulating online.

"Those responsible for these criminal acts will face the full force of the law."