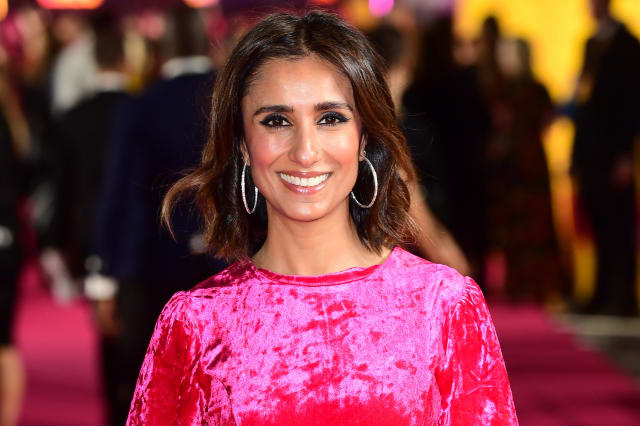 BBC presenter Anita Rani has said that people have thought it was "OK to imitate an Indian accent" in front of her as she talked about the struggles she has faced in her career.

The Countryfile star said that she has had to work harder to get to where she is today, both because of her heritage and because she is a woman, and that she has been put "into boxes" her whole life.

Rani, 42, told Good Housekeeping magazine that it "feels great to have worked so hard" to have achieved the broadcasting career she has, adding that "smashing glass ceilings is a pretty great feeling".

The presenter added: "But it's important to me to speak out about the struggles I've had, too.

"The perception of Asian women has always been very binary; people think we're quite square and clever and that we don't have sex until we're married (of course, Mother, I didn't have sex until I got married!).

"But that's just not the case. I've hated being put into boxes my whole life."

She said that there would be "ridiculous things all the time" in relation to her race, "such as people thinking it's OK to imitate an Indian accent in front of me".

Rani added: "And things have happened at work, too.

"Ask any ethnic, black or Asian person who works in any big industry – we just know we have to work a bit harder.

"I've had to prove myself a lot more than others and it's frustrating, but it's not just about race.

"All women feel it, don't they? We just have to keep ploughing away."

Journalist and broadcaster Rani has appeared on several BBC TV and radio programmes, including Watchdog, BBC Young Dancer, Who Do You Think You Are? and Strictly Come Dancing.

She has appeared as a co-presenters on the BBC's Countryfile since 2015.

Good Housekeeping's May issue is available from April 1.

Dame Helen Mirren doesn't care about being a sex symbol