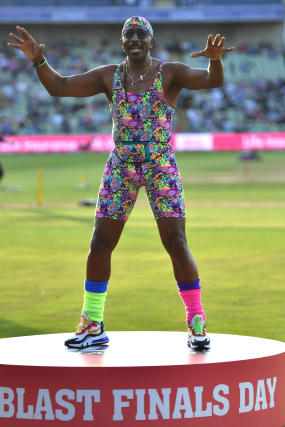 Mr Motivator and Angela Rippon have signed up for a BBC One show to lift people's spirits during the coronavirus pandemic.

TV veteran Rippon, 75, will be broadcasting from her home.

Angela Rippon
Angela Rippon arrives for a service of thanksgiving for the life and work of Sir Donald Gosling at Westminster Abbey in London.
Angela Rippon attending the Women in Film and TV Awards 2019 at the Hilton, Park Lane, London. Picture date: Friday December 6, 2019. Photo credit should read: Matt Crossick/Empics
EMBARGOED TO 2110 SATURDAY NOVEMBER 16 File photo dated 12/05/17 of Angela Rippon, who voices questions for Saturday night game show The Wall as it was renewed for a second series.
Angela Rippon on the red carpet during The Lion King 20th Anniversary Gala performance at The Lyceum Theatre in London. (Photo by Keith Mayhew / SOPA Images/Sipa USA)
Angela Rippon attending the Mirror Animal Hero Awards 2019, in partnership with People's Postcode Lottery and Webbox, held at the Grosvenor House Hotel, London.
Miss Angela Rippon from London is made a CBE (Commander of the Order of the British Empire) by the Duke of Cambridge at Buckingham Palace, during an Investiture ceremony at Buckingham Palace, London.
TV presenter Angela Rippon addresses delegates at Manchester Central Convention Centre in the Conservative Party annual conference ahead of the Prime Minister's speech.
Angela Rippon arrives for the House of Fraser British Academy of Television Awards at the Theatre Royal, Drury Lane in London.
Broadcaster Angela Rippon is awarded an honorary doctor of civil law degree at Newcastle University.
EDITORIAL USE ONLY Angela Rippon takes part in the Mum & Me Coatwalk fashion show, a campaign by the Jacques Vert Group to celebrate the emotional bond between mothers and children and to raise funds and awareness for Think Pink, on the Riverside Walkway on Londonâs Southbank.
Angela Rippon pictured at the Chelsea Flower Show in west London.
Angela Rippon attends Fashion for the Brave at the Dorchester Hote in central London.
Ambassador for the Alzheimer's Society, Angela Rippon OBE outside King's Fund in London.
Angela Rippon at The Critics Circle National Dance Awards at Sadlers Wells in Angel, London.
Newsreader Angela Rippon arrives.
Up Next

"Like millions of Britons across the country, and as an over 70, I will be self-isolating and 'working from home'," she said.

"HealthCheck UK Live will offer a fantastic outlet to connect viewers and to remind us we can all fight this together."

The series "will directly address the concerns of viewers who are in isolation, offering tips on how to keep healthy and happy at home", Rippon added.

Producers said strict social distancing rules will be complied with, both on- and off-screen.

Mr Motivator, 67, who shot to fame in the early 1990s with a slot on GMTV, will be on hand to "offer expert advice to get people moving".

"Now more than ever it is important to keep our bodies and minds healthy," the fitness guru said.

"Everybody say: 'Yeah, let's get happy and be wicked at home!'"

The programme will offer audiences "information and company, to keep viewers upbeat while in isolation".

There will be tips on how to keep healthy, including how to boost the immune system, beat boredom and stay active.

Ackerley said: "HealthCheck UK Live will offer support to audiences at home during these challenging times and I am delighted to be presenting the programme alongside broadcasting icon Angela Rippon, health expert Dr Xand, and of course Mr Motivator!"

The series will air for two weeks on weekdays at 10am on BBC One from Monday.

Alicia Keys has 'thousands' of texts after sharing her number online