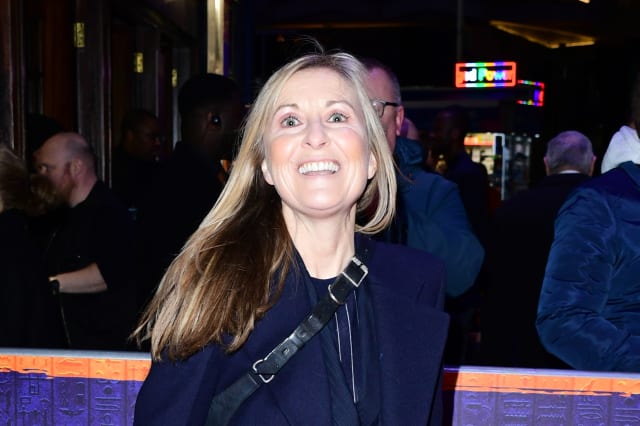 TV presenter Fiona Phillips has said she has coronavirus.

The former GMTV host told fans she had symptoms including a sore throat and dry cough but was "fine" and "not suffering".

Phillips, 59, tweeted: "I am in bed with #coronvirusuk It's not a very pleasant bedfellow, but nothing more than sore throat, dry cough, headache & tiredness. As long as it stays that way....DON'T panic!"

Eamonn Holmes, Phillips's former GMTV co-host, was among those wishing her a speedy recovery.

Phillips is married to This Morning editor Martin Frizell. She is the latest celebrity to come down with the virus, which has caused chaos around the world.

Following Mr Johnson's announcement that pubs, bars, cafes and other leisure venues must shut from midnight on Friday, Mr Sunak announced billions of pounds worth of measures to prevent businesses going under.

Other celebrities to be diagnosed with Covid-19 include Tom Hanks and his wife Rita Wilson, Idris Elba and former Bond girl Olga Kurylenko.

How often should you wash your clothes?

Things that happen when you give up coffee