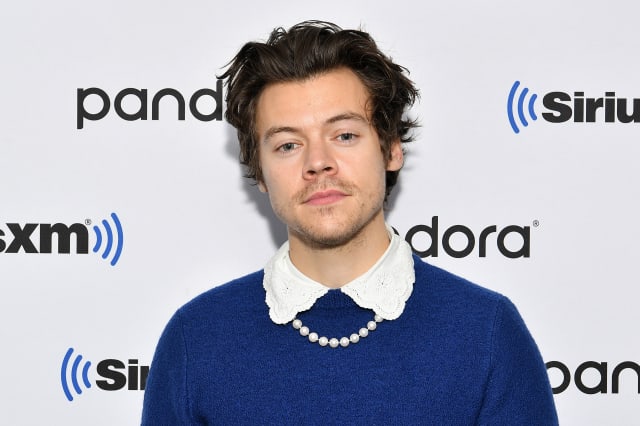 Harry Styles has once again proved he's not afraid to push fashion boundaries after appearing in a cover shoot for a fashion magazine in a pair of fishnet tights.

The singer displayed his quirky sense of style posing in nothing more than the fishnets and a pair of loafers in a selection of images for Beauty Papers magazine.

As part of the publication's new 'Revolution' issue, Styles showcases his iconic gender-fluid style in a collection of outfits, ranging from a 70s-esque suit to barely-there lingerie.

In one of the black and white snaps, Styles lounges topless on a chair with his legs crossed and his tattooed torso on displayed in nought but a pair of tights and some patent loafers.

For another of the shots former One Direction star changed into a sharp, blue Gucci three-piece, flared suit complete with leather gloves and white socks.

The Sign of the Times singer also switched up his grooming by appearing to wear a touch of bronzer and eyeshadow to finish off the androgynous look.

According to the magazine's social media, their website crashed shortly after the Harry Styles photos dropped.

"Beautiful people," they wrote on Instagram. "Our website, as you know, is down due to an overwhelming response. Please hold tight... thank you."

Styles is no stranger to making a bold statement with his fashion sense.

Since embarking on his solo career, the hitmaker has repeatedly stretched traditional style boundaries thanks to his flamboyant fashion sense, typically consisting of colour-pop suits, flared trousers and out-of-the-box accessories. 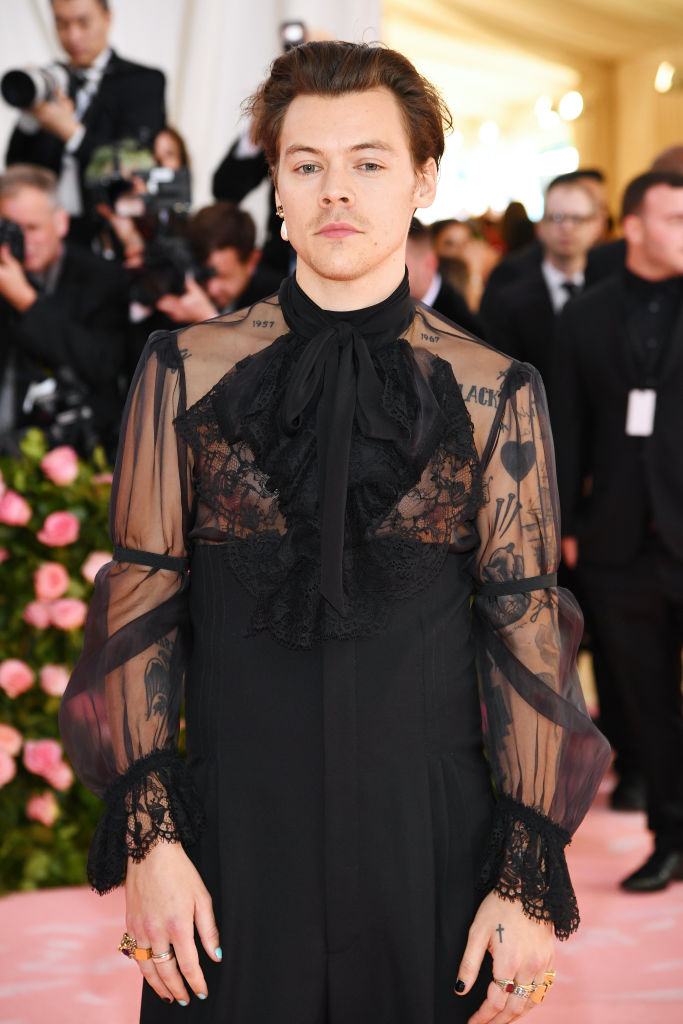 Earlier this year he arrived on the red carpet for the 40th annual Brit Awards at London's O2 arena in typical Styles' style in a brown 70s-esque suit with exposed stitching on the lapels.

The former boy bander also donned a wool cardigan under his suit complete with an embroidered collar and pearl necklace.

With his attention to detail always a consideration, the star even had lilac nail polish on his hands to match the speckled hues of his jumper. Nice touch!

Fashion is something Styles takes really seriously as it was revealed last year that his clothes are kept under 24 hour surveillance in a giant frozen vault.

We all try our best to store our clothes properly, but the One Direction star arguably takes things that stage further.

His unusual clothes storing system was revealed by designer Harris Reed – who worked with Styles to create his custom outfit for his 'Lights Up' music video – in an interview with British GQ.

"I can't say where it is located, but everything goes to an archive. It's basically like a giant refrigerator — a frozen vault — somewhere in London where I am not going to disclose," the Central St. Martins graduate told the publication.

"But the clothes all have 24 hours surveillance, which you can look at via an iPad, specifically done for his outfits, and they have all been cryogenically frozen in time to preserve them."

READ MORE:Why is nobody speculating that Harry Styles and Lizzo are dating?