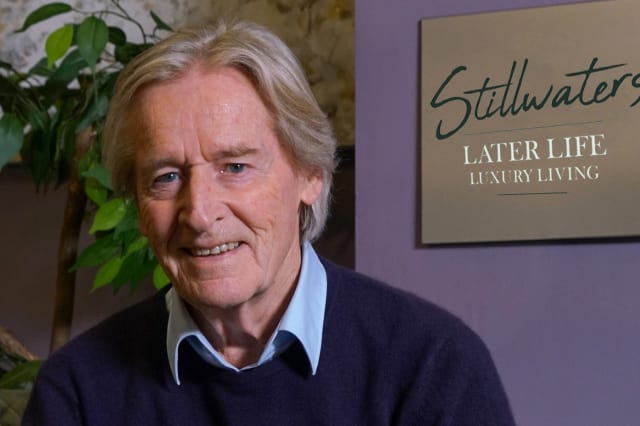 Coronation Street fans were in tears as Ken Barlow made his departure from the cobbles after nearly 60 years.

The character, played by Bill Roache, opted to leave his home to move to a nearby retirement complex with his girlfriend Claudia Colby, played by Rula Lenska, after selling his house to his daughter.

However, Ken will not be departing the soap for good, as future episodes will follow his and Claudia's new life at Still Waters Luxury retirement complex.

Friday's episode of the ITV soap saw Ken packing up and leaving number one Coronation Street, the home in which he has lived for decades, including with his partner Deirdre, played by the late Anne Kirkbride.

Fans of the show were unable to hold back the tears as he made his emotional departure after Claudia told him: "I'll give you a moment to say goodbye to the old place."

"Goodbye, number one Coronation Street," Ken said as he walked around the house by himself.

There was also a sad goodbye as he bade farewell to his dog Eccles.

One fan tweeted: "Nah. I can't deal with Ken Barlow not living at No 1 Coronation Street #Corrie."

"You know you're feeling emotional when you cry at Ken Barlow saying goodbye to his house on Corrie," one tweeted.

They added: "I am actually sobbing at him leaving Number 1 what is wrong with me #Corrie."

Another wrote: "Aww Ken! Genuine tears. Damn you @itvcorrie, I was saving my #looroll for something else.... #Corrie."

"tell me why i am literally crying at ali leaving i can't cope #coronationstreet #Corrie," another said.

Several wrote that they could not stop weeping as Ken said goodbye to Eccles, with one adding: "I'm not crying at Ken and Eccles, you are."

Roache previously said his departure was a "big decision" for Ken, who regretted not taking earlier opportunities to leave the street.

He said last month: "Filming that final scene of the episode was very poignant, just Ken and Eccles (his pet dog) and the cobbles.

"We have already started filming at the retirement complex and I am really enjoying it, it always feels different when we film away from the street.

Roache has played Ken since Corrie's first episode on December 9 1960.

The Guinness World Records named him the longest-serving male television star in a continuous role.