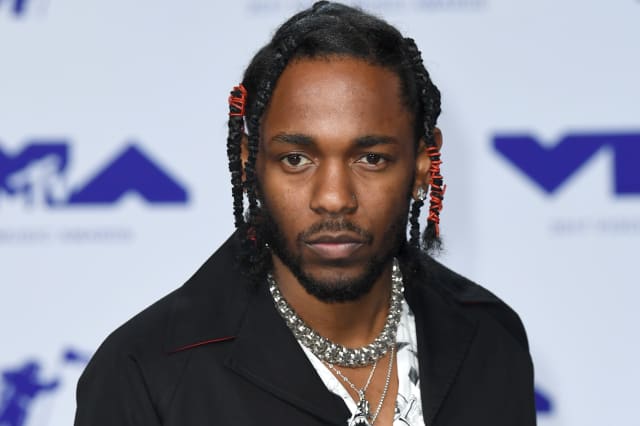 Kendrick Lamar has been announced as Glastonbury's third headliner, as the festival's organisers said they were "working hard" to ensure the event goes ahead despite the coronavirus pandemic.

The US rapper joins Taylor Swift and Sir Paul McCartney at the top of the bill for the festival's 50th anniversary edition, while Diana Ross will play the Sunday legend's slot.

Glastonbury organiser Emily Eavis said the event's team were keeping their "fingers firmly crossed" that it could go ahead this summer.

Festivals including Coachella and Stagecoach have been postponed due to the Covid-19 outbreak, while acts including The Who, Madonna and Miley Cyrus have cancelled live dates.

Eavis said: "So, after much consideration given the current circumstances, and with the best of intentions, here is the first list of musical acts for Glastonbury 2020.

"As ⁣things stand we are still working hard to deliver our 50th anniversary festival in June and we are very proud of the bill that we have put together over the last year or so.

"No one has a crystal ball to see exactly where we will all be 15 weeks from now, but we are keeping our fingers firmly crossed that it will be here at Worthy Farm for the greatest show on Earth!

"As always this is just a taste of what is to come, we plan to announce many more artists and attractions, area by area, over the coming weeks leading up to the full line-up in May.

"In the meantime we post this with much love to all."

Age is not the only risk for severe coronavirus disease

Meals for the NHS: £250,000 raised in just seven days to feed health workers