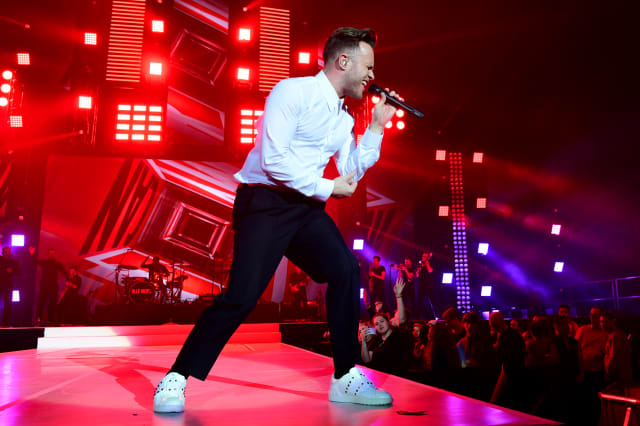 Olly Murs has said he has received "overwhelming" support after he opened up about his feud with his twin.

The pop star fell out with brother Ben in 2009 while he was a contestant on The X Factor as he chose to prepare for the ITV show's final rather than attending his twin's wedding where he was supposed to be best man.

Last month on The Voice Murs discussed the feud with his fellow panellists after watching twins perform together on the show.

He said he "didn't want to look" at the reaction to the moment on social media "because I know what kind of place that is".

"It was probably the one time I've been on to Twitter and it was actually nice, there was some positive stuff being written on there," Murs added.

"The support was overwhelming if I'm honest."

He added that he "didn't expect to show those emotions" on the show, adding that his family were "shocked".

"Throughout the last 10 years with my brother I've shown that emotion to myself but not to other people, so hopefully it was a positive thing," he said.

He added that people had told him the moment had inspired them to reach out to their estranged family members.

"A lot of people were reaching out to me that have had relatives that they don't speak to anymore, brothers or sisters or family members, and they said 'I'm in the same position and seeing you tonight has made me realise I need to make a change'," Murs said.

"I still want to make that change with my brother."

Murs added that he normally does not like to discuss family or friends at work and instead will "compartmentalise" his private life.

"I'm like, 'I'm here now, I can deal with that another time, which could be a good thing or a bad thing, that's just how I deal with it."