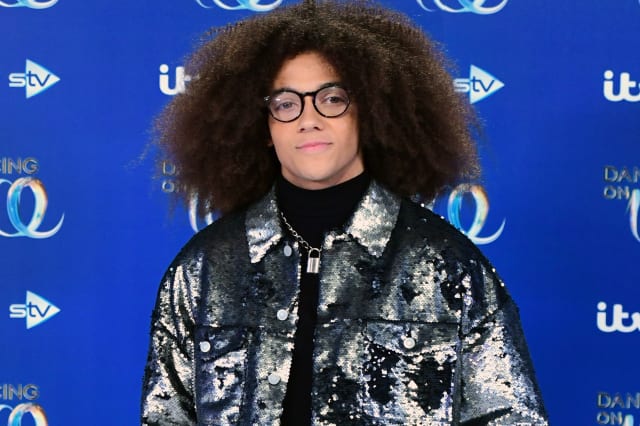 Dancing On Ice viewers were confused as Joe Swash was revealed as the winner instead of hot favourite Perri Kiely.

Kiely, who pulled off the first ever backflip in the show's history, came in second place after the former EastEnders star received the most votes from the public.

The Diversity dancer was the bookies' favourite to win Dancing On Ice throughout the series.

He had frequently topped the leaderboard and judge Ashley Banjo, his Diversity co-star, praised him in the finale for "bringing something new to the sport" and for "creating something different" by taking his tricks and street style to the ice.

Judge Christopher Dean also told Kiely that he and partner Vanessa Bauer had performed the "best Bolero we've ever seen from any contestant".

While some fans of the ITV show were thrilled to see Swash, hailed this year's "most-improved" contestant, win, others were disappointed that Kiely did not.

One suggested on Twitter that Swash won because of "popularity not on dance".

They added: "Perri was a supreme celebrity ice skater the show has ever had. #DancingOnIce."

Another asked: "Surely it's meant to be the best skater/dancer and not the most improved #DancingOnIce."

"People are trying to say Joe was the better skater????" one viewer wrote, adding that the result was "NONSENSE".

Many fans joked about the British public not being able to be trusted with a vote, with one adding: "Perry and Vanessa were the better skaters / dancers with with the best bolero I've ever seen #DancingOnIce."

One viewer joked: "Imagine doing a backflip on ice on live TV and still not winning, you'd be fuming #DancingOnIce."

However, for many other viewers, Swash's win with his partner Alex Murphy was well-deserved.

"I love perri and Vanessa but Perri has been amazing from the start, Joe has been on a journey on that show and improved so much, Joe and Alex have my vote 100% deserving of the win #DancingOnIce," one tweeted.

Another commented: "Joe Swash has had no dance background, no idea or practice on how to balance or trick or lift at all.

"To have his journey was beyond me! Well done, truly deserved! #DancingOnIce."

The finale also included Paralympian Libby Clegg, but she was eliminated earlier in the show.

She and her partner Mark Hanretty came in third place overall.

Age is not the only risk for severe coronavirus disease

Meals for the NHS: £250,000 raised in just seven days to feed health workers

Maura Higgins refused to 'fake' being 'happy' with Curtis Pritchard

Dani Dyer cried after her Our Girl audition went badly