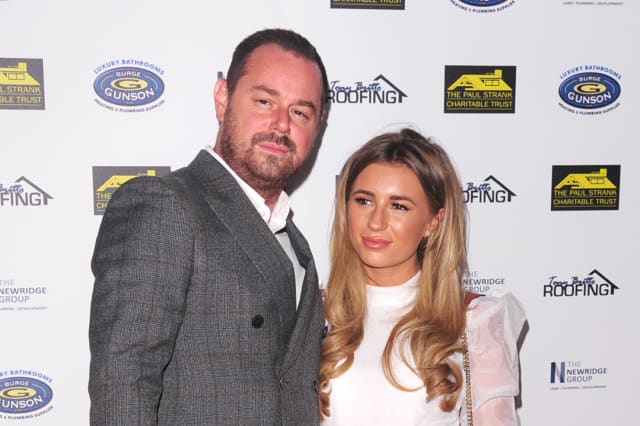 Danny Dyer has said he and his daughter Dani are launching a new podcast together.

The EastEnders actor said the audio programme with the 2018 Love Island winner will include them "talking about life and tackling some issues", such as climate change.

Danny, 42, told the Mirror: "What are podcasts about really? People talking bollocks.

"Two Danny/Dani Dyers sitting there ... We won't be able to get a word in edgeways."

Danny, who plays Mick Carter in EastEnders and also hosts BBC game show The Wall, said the programme will be the meeting of "two crazy minds" from two generations.

According to the newspaper, the Dyers' podcast will be available on streaming platform Spotify.

Danny added: "I just love my baby and it's really great to be working with her."

Dani rose to fame in 2018 when she won Love Island with her then-boyfriend Jack Fincham.

She has since released a book called What Would Dani Do?, and hosted MTV game show True Love Or True Lies?, on which her father was on voiceover duty.