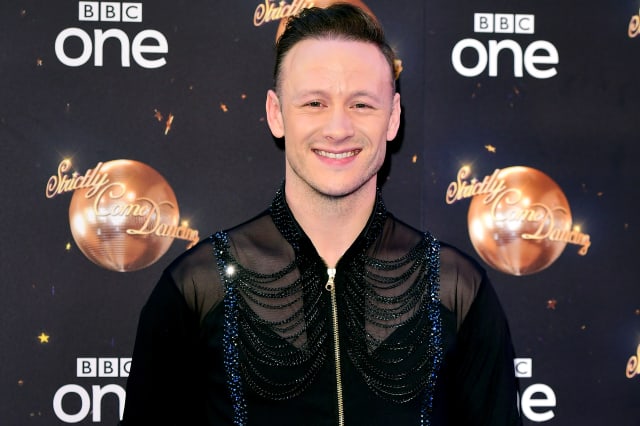 Kevin Clifton has announced he is leaving Strictly Come Dancing, saying "the time has come to move on and focus on other areas of my life and career".

The professional dancer, 37, won the 16th series of the show with partner Stacey Dooley.

Clifton wrote on Instagram: "The past 7 years have been some of the most wonderful years of my life. I am grateful to the BBC and Strictly Come Dancing for giving me the opportunity to have been a part of something truly special.

"Since first being called 'Kevin From Grimsby' by Sir Bruce Forsyth in 2013 I have experienced the highs of 5 finals, winning a Guinness World record on It Takes Two, the Strictly Arena tour glitterball and then the ultimate of winning the 2018 series with Stacey Dooley.

"After finishing last series with the Children In Need trophy and the Christmas Special I want to leave on a high and have therefore decided the time has come to move on and focus on other areas of my life and career."

He added: "I want to thank all of the pros for inspiring me every day as well as all of my celebrity partners.

"The whole team behind the scenes have made always made the Strictly family what it is and the loveliest show to work for.

"Thank you to anyone who has ever voted for me and my partners. It means the world."

Clifton wrote Strictly "has been and always will be the best show on tv and has been an absolute dream and honour to be a part of".

He added: "Pre 2013 I used to watch every week. Now I look forward to returning to being a fan and cheering on my friends who keep dancing."

Clifton was a choreographer on the show before he hit the dance floor with his first professional partner Susanna Reid.

Clifton was previously married to fellow Strictly professional Karen Hauer but the pair announced their split in 2018.

In 2019, it was confirmed he was in a relationship with Dooley.

A message shared on the Strictly Come Dancing Twitter account said: "Kevin has been such a brilliant part of Strictly for the past seven years.

"From reaching the final an impressive five times, to lifting the Glitterball with Stacey Dooley in 2018, he has provided the show with some fantastic moments, through his exceptional talent as a dancer and choreographer.

"He will be hugely missed by fans and by his Strictly Family. He will always be our Kevin from Grimsby."

Hailey Bieber says she's happier than she's been in 'months'