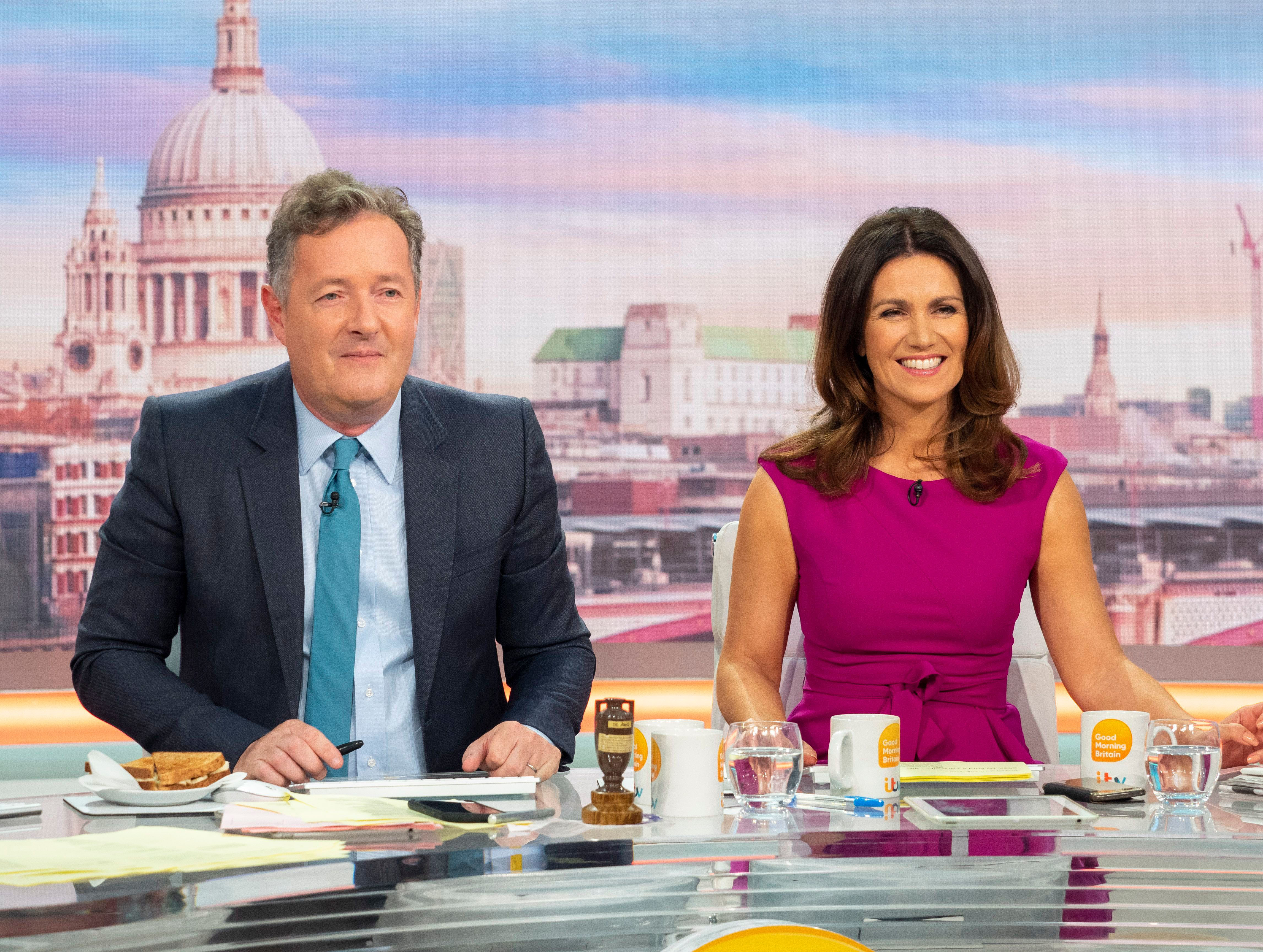 The 54-year-old presenter mimicked the sound of a Chinese voiceover on the ITV breakfast show on Tuesday, January 21 while discussing the Queen's grandson Peter Phillips starring in an advert for Jersey Fresh Milk.

ITV has now said in a statement: "GMB is known for its lively and robust discussion of the news agenda and recently covered Peter Phillips' appearance in a Chinese milk advertisement.

"The discussion was focused on whether it was appropriate for members of the Royal family to endorse products abroad in this manner, and was live and unscripted. Piers Morgan's comments, and his mimicking of the Chinese language in the advertisement, was a spontaneous reaction to the advertisement."

The statement, released on March 3, more than a month after the broadcast, continues: "These comments were intended to mock a member of the Royal Family and were not intended to mock or denigrate Chinese people, their language or accent.

"ITV regrets any offence Piers' comments may unintentionally have caused."

Broadcasting regulator Ofcom's report for that week shows there were 1,589 official complaints made about the programme aired on January 21.

That episode of Good Morning Britain was later taken down from the ITV Hub on the day it aired, although an ITV spokesperson said it was removed for "a totally unrelated reason".

Morgan denied accusations that he was being racist.

Morgan wrote on Twitter: "I was mocking a member of the British royal family appearing in an advert for Chinese state milk, not Chinese people."

I was mocking a member of the British royal family appearing in an advert for Chinese state milk, not Chinese people. https://t.co/IO5TEXUYmf

Former footballer John Barnes tweeted in response to Morgan's comments on air saying "Just saw @piersmorgan on GMB mocking Chinese people on the way they speak, what are the odds he faces no criticism for it...", prompting Morgan's reply.

Co-host Susanna Reid, 49, said at the time: "Taking the mickey out of foreign languages is rather 1970s."

Morgan hit back: "I don't know the Chinese... People are more worried about me trying to mimic the Chinese language than a member of the Royal Family trying to flog milk."

The GMB hosts were discussing the appearance by Phillips– the Queen's eldest grandson and son of Princess Anne – starring in the commercial, for milk produced and sold in China from Jersey cows. The ad shows Phillips speaking Mandarin via a likely dubbed voiceover.

READ MORE: Andi Peters reminds Piers Morgan he is 'only person of colour' in the GMB studio