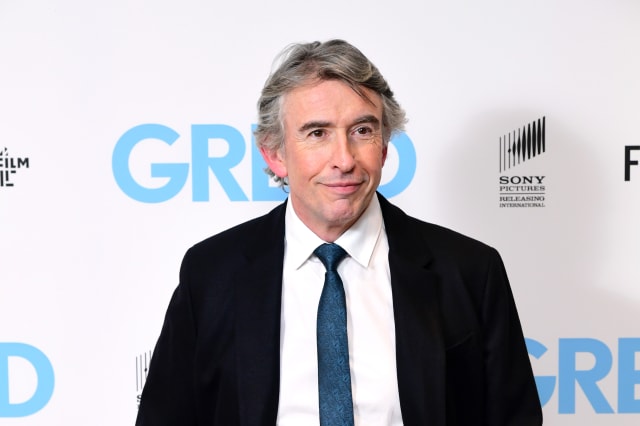 Steve Coogan has said that the super-rich are able to "spin environmental issues" to appear "wonderful".

The actor, who plays the owner of a string of fast-fashion brands in the satirical film Greed based on Topshop billionaire Sir Philip Green, said that he does not understand how the business of clothing and its environmental impact has escaped scrutiny.

He told The Big Issue magazine: "The one thing there doesn't seem to be a great deal of conversation about is the huge imbalance of wealth in the world... I found that annoying."

Of the super-rich, Coogan, 54, said: "They can actually spin environmental issues and make them work for them.

"Keeping quiet about their transgressions and shouting from the rooftops about small concessions so everyone thinks they are wonderful and some liberal-minded people might pay a bit extra for their products...

"People buy Fairtrade coffee. For some reason clothes seem to have escaped that kind of scrutiny."

"I'm not going to convince everyone, but you have to start somewhere."

Of Sir Philip's influence on his character in Greed, Coogan said: "There are even direct quotes from him in this film that we give to our character."

The Big Issue, sold by vendors to lift themselves out of poverty, is available now.