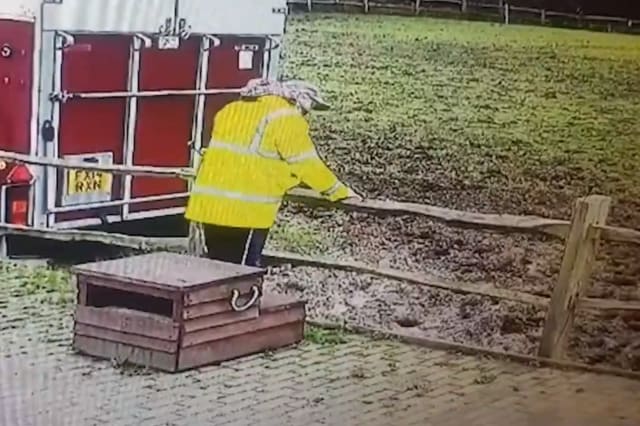 This hilarious video shows the moment a man went to lean on a wooden fence which he didn't realise was broken, and fell face-first into the mud.

Steve Cloonan, 67, was in stitches when he watched the footage of his brother-in-law, Robert Hughes, also 67, ambling around his yard after a morning horse ride in December 2019.

An obviously bored Robert can be seen kicking his heels and walking about the yard, before approaching a fence on the opposite side.

See what happens next in the video above.