Paddy McGuinness says farewell to Take Me Out 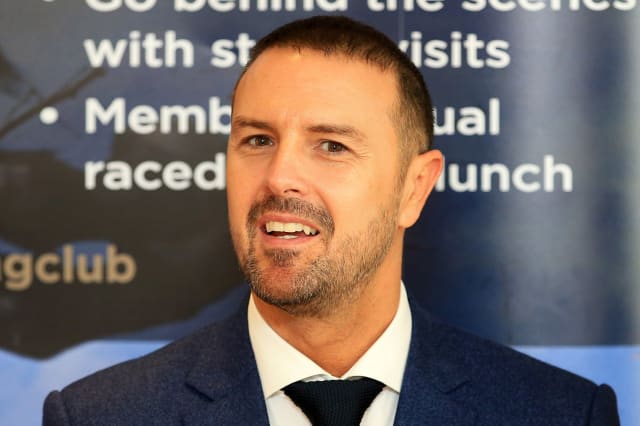 Paddy McGuinness has said "for the last time it's lights out" as he bade farewell to Take Me Out, which has been cancelled after 10 years.

The TV presenter, who coined the catchphrase "no likey, no lighty," on the show, has hosted the Saturday night ITV dating programme since it debuted in January 2010.

In a video post on social media, McGuinness said: "Hello friends. Well, after 11 series it's time to say goodbye to Take Me Out. Eight weddings, six babies and a generation of youngsters who've grown up watching us on Saturday night TV.

"Over 10 years ago ITV took a punt on myself and the show and for that I'll be eternally grateful. Ten years, God, that's before Tinder and Snapchat, Twitter was a little baby, Instagram wasn't a thing and WhatsApp, well, that were just witchcraft.

"But what I'm most proud of is the success of Take Me Out put dating shows back on the TV map. Thank you to all the boys who braved the Love Lift and most importantly to the stars of the show – the girls.

"I'm going to miss spending my Saturday nights with you. Loads of love and for one last time it's lights out, all out."

After dropping a pink microphone following his last comment, he quipped: "That's my daughter's microphone. Right. Better get to Jobcentre."

The show, which ran for more than 100 episodes, would see a single man coming down in the Love Lift in a bid to find love with one of 30 single women, who he would have to win over across a series of rounds.

The women were able to press a button to turn off their lights if they were uninterested.

The man would then be able to choose who from the remaining contestants he would like to take on a date to the show's fictional venue Fernando's.

An ITV spokesman said: "After 11 series we have decided to say goodbye to Take Me Out.

"We'd like to thank Paddy, the production team at Thames as well as all the contributors who have appeared on the show for all their hard work in making the show such unmissable television."

A production source added: "We're really sad to see the end of Take Me Out but after 11 years, eight weddings and six babies, for now, our work here is done.

"Over the years, Paddy has been the dream host and everyone involved from the hard-working crew through to the contestants have been fantastic.

"It's sad to see the end of such an iconic show but we have lots of exciting projects with the channel lined up."

McGuinness currently hosts Top Gear on BBC Two, which was recently confirmed to be moving to BBC One.

Lyme disease can be fatally misdiagnosed because of its huge range of symptoms, say scientists

Jacqueline Jossa insists she has NOT split from Dan Osborne