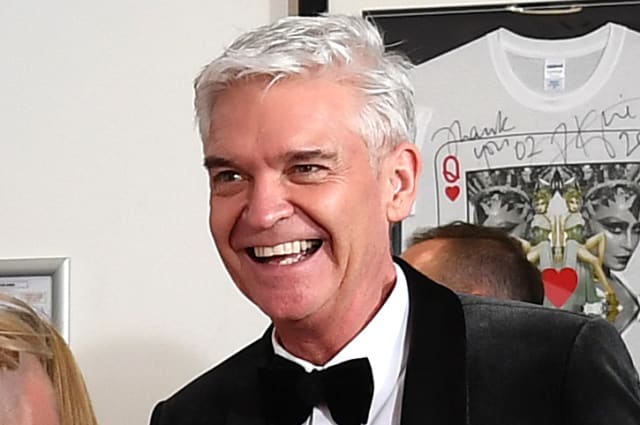 Phillip Schofield has admitted he knew he was gay when he got married 27 years ago.

He told The Sun on Sunday: "I am not saying I didn't know.

"Whatever was 'there' I thought, 'OK, whatever this is, you stay back because I am happy'.

"If you ask anyone who is gay, they know — there is no confusion.

"I went to seek professional help, I sat down and poured out my heart.

"I admit I was perhaps a bit naïve.

"But when we got married it was a joyous time and it wasn't a consideration in my head.

"I was so, so happy when we had the girls, and then bringing them up.

"You never know what is going on in someone's head when they you think they are leading the perfect life. And I was. But then it was there.

"I was confused by what it was. I thought maybe I was bisexual.

"But over time I realised and started coming to terms with it.

"And I realised I had to be honest with myself.

"Steph is my closest confidante. She's been amazing. I have no secrets from Steph. We have been very truthful and honest. She has known for a while. When you live with someone you know these things don't you?

"We sat down and we talked and then she left me to have space.

"I don't know what it would have been like if I had a different person in my life.

"It has been a process, we started having discussions and it was gradual.

"There is no question she is a truly remarkable person — the kindest, sweetest soul I could have possibly met."

These are among the most excruciating pains humans can experience

Schools close or send pupils home due to coronavirus fears

Lizzo returns to the studio to work on 'new bops'