Two more celebrities have their identities revealed on The Masked Singer 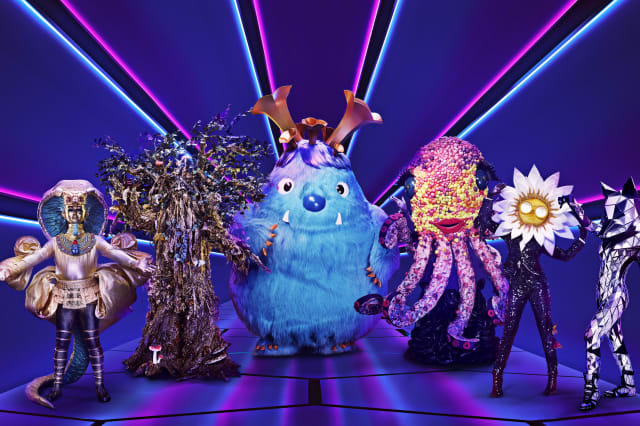 Denise Van Outen and CeeLo Green have had their identities revealed on The Masked Singer.

The pair were unmasked as Fox and Monster respectively in front of the audience on Saturday.

Actress Van Outen said that performing on the show in her outfit had been "bizarre", but the show is "the most fun I've had in ages".

She added: "The hardest part for me was not speaking. I knew half the TV crew from previous jobs.

"I love the panel. I've got a huge girl crush on Rita Ora and the rest of the panel had great banter.

"I was giggling away behind my mask at some of their guesses."

Her identity was successfully guessed by panellist Davina McCall.

US singer Green said that appearing on the show was a "really cool and invigorating experience".

He added: "Well y'know, for obvious reasons weird and wacky is right down my alley so on any given occasion I've worn probably things crazier than that or just as crazy so, I don't think so.

"It's just a moment at home with the family in front of the television like the old days, and I think it's all inclusive for art's sake."

The Crazy singer also had his identity guessed by a member of the panel after Rita Ora successfully identified him.

Octopus, Hedgehog and Queen Bee remain in the competition and are through to the final, where all three contestants will have their identities revealed.

The Masked Singer continues on ITV at 7pm on Saturday.

Billy Crystal on His Marriage, Working with Tiffany Haddish and Host the Oscars 9 Times