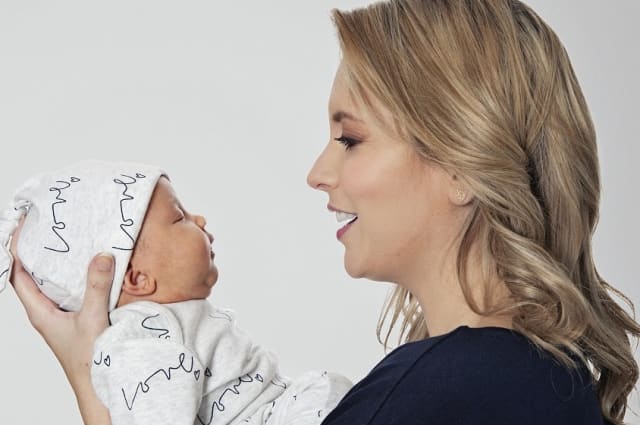 Countdown star Rachel Riley has celebrated the birth of her baby daughter with some new snaps.

The maths whizz, 34, gave birth to her baby girl, Maven Aria, in her bathroom in December, two weeks after her due date.

She has released a new set of images with her newborn baby and husband, ex-Strictly Come Dancing professional Pasha Kovalev.

Riley and Kovalev met on Strictly in 2013, and married in a Las Vegas ceremony in 2019.

The photos are part of a collaboration with From Babies With Love, a social enterprise baby brand which says it donates all its profits to orphaned and abandoned children.

Riley said: "As a new parent I feel even more strongly about creating positive change in the world, for my own daughter and for children everywhere."

Purchases support more than 7,000 children, including through the charity Street Child, which educates children in the "world's toughest places".

Its Street Child projects include schemes in Internally Displaced Persons Camps in Nigeria, and a school in northern Uganda for South Sudanese refugee children.

The Love collection is at www.frombabieswithlove.org