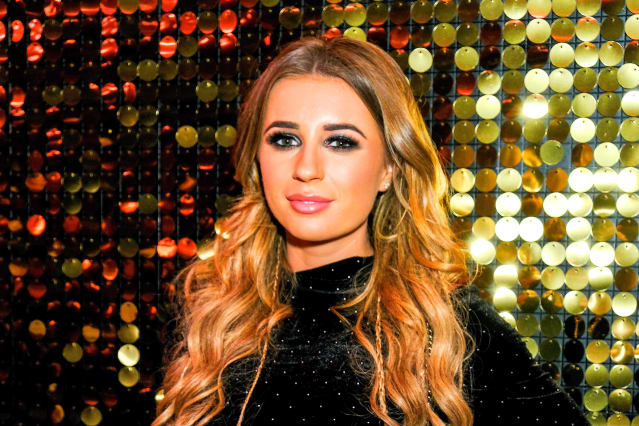 Dani Dyer has admitted she won't drink tap water because she thinks that's how the government would kill us.

The former Love Island winner shared the wild revelation in her new book, What Would Dani Do? My Guide To Living Your Best Life, where it is nestled among the romance advice.

She was then quizzed about it on ITV's Good Morning Britain by puzzled-looking hosts Kate Garraway and Ben Shephard.

Garraway asked: "One thing that struck us was that you say don't drink water from the taps because that's how the government is going to kill us?

"Are you dangerously dehydrated?"

Laughing, the reality star insisted: "No, not at all!"

Explaining her theory, she said: "I studied history and I learned all about cholera, and it sounds so silly, and I just thought if that disease can kill that many people how has it changed?

"I know it sounds silly, I sound really stupid."

Looking gobsmacked, Garraway asked: "So if the government was going to kill us you think tap water is the way they would do it?"

"Yeah," said Dyer, who is the daughter of EastEnders star Danny Dyer.

Shephard pointed out it was "quite a conspiracy theory", and Dyer admitted: "I believe in it, I'm so passionate."

Laughing, she said she forces herself to swallow down water from the taps if she is at a friend's house, but is "sort of looking at every mouthful".

Dyer's book is the latest in a string of projects since she won Love Island 2018 with Jack Fincham, who she has since split from.

The 24-year-old has racked up several television appearances and modelling jobs and appeared on stage in Nativity The Musical.