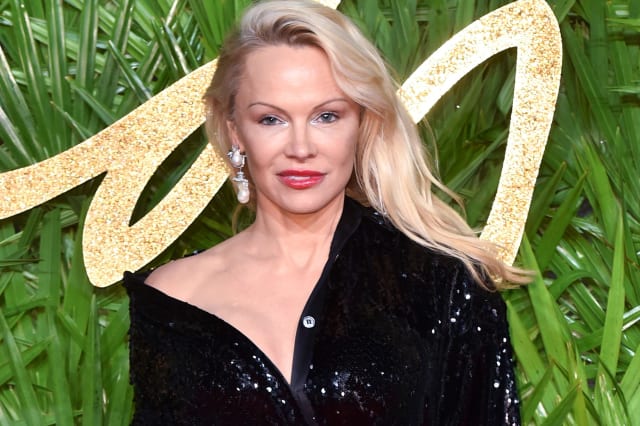 Pamela Anderson has married for the fifth time – to Hollywood mogul Jon Peters.

The pair tied the knot in a private ceremony in Malibu, according to The Hollywood Reporter.

The 52-year-old Baywatch star began dating the 74-year-old film producer, behind films such as Flashdance and A Star Is Born, following her split from footballer Adil Rami last year. 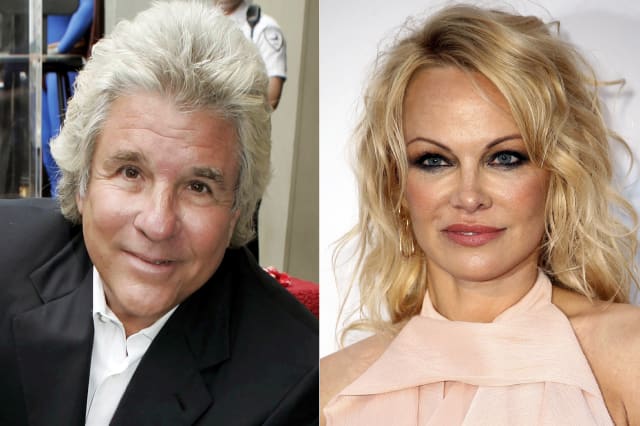 The pair briefly dated 30 years ago after meeting at the Playboy Mansion in Los Angeles.

Peters told the publication: "Pamela has never seen her full potential as an artist. She has yet to shine in a real way.

"There is much more to her than meets the eye, or I wouldn't love her so much.

"There are beautiful girls everywhere. I could have my pick, but – for 35 years – I've only wanted Pamela. She makes me wild – in a good way.

"She inspires me. I protect her and treat her the way she deserves to be treated."

Pamela Anderson
Baywatch cast mebers (l-r) Alexandra Paul, David Charvet and Pamela Anderson. See TV Baywatch * 8/2/2001: Baywatch is to be axed by TV bosses, two years after it made the switch to Hawaii from Los Angeles it was announced. Show publicist Kristin McEntee said the last episode of the show which features lifeguards, beaches and tanned bodies will be shown in the US on May 21st 2001. Baywatch Hawaii has been plagued by poor ratings since it left Los Angeles, where it was filmed for nine years. Its long-time star, David Hasselhoff, made only occasional appearances after the move.
Actresses Liz Hurley (L) and Pamela Anderson at the Vanity Fair Post Oscars Party, held at Morton's in Los Angeles, USA. Liz is wearing a daring design by Versace.
Pamela Anderson at the VH1 Divas Celebrating the songs of Aretha Franklin, in Radio City, New York.
American actress Pamela Anderson (left) after presenting the Most Popular Entertainment Programme Award to Neil Fox and Nicki Chapman for Pop Idol at the National Television Awards at the Royal Albert Hall in London.
Pamela Anderson and Wyclef Jean on stage during the MTV Europe Music Awards 2002, at the Palazzo Sant Jordi, Barcelona, Spain.
Usher and Pamela Anderson at the 2004 World Music Awards in Las Vegas, USA. ©suzan/allactiondigital.com
Former Baywatch babe and Playboy playmate Pamela Anderson during her guest appearance on MTV's TRL - Total Request Live - show at their new studios in Leicester Square, central London. Pamela is in London to promote her book 'Star: A Novel'.
Actress and model Pamela Anderson inside Liberace's Swarovski encrusted diamond car, insured for 1 million pounds, during a photocall at Selfridges on Oxford street, where she appears as the new spokesperson and face for the MAC Aids Fund Viva Glam V Campaign.
Pamela Anderson and guest arriving at the Selfridges Vegas Supernova Launch Party in honour of David LaChapelle, Oxford Street, London. Doug Peters/allactiondigital.com
Pamela Anderson strips off.
Pamela Anderson and Stella McCartney.
Pamela Anderson celebrates after a fourth quarter touchdown against the New England Patriots in the NFL's Super Bowl XLII football game in Glendale, Arizona.
Pamela Anderson (left) with designer Vivienne Westwood backstage after her show at Brompton Hall, Earls Court, Warwick Road, SW5
Reese Shearsmith (left) and Steve Pemberton win best new British Television Comedy for Psychoville , presented by Pamela Anderson (second right) and Vivienne Westwood at the British Comedy Awards at LWT in London.
ALTERNATE CROP Pamela Anderson shows her support for UK based charity, People for the Ethical Treatment of Animals (PETA), during a photocall as part of the charity's campaign to encourage people to become vegetarian, in Covent Garden, London.
Pamela Anderson (on screen) watches the housemates enter from a secret room in the house on the launch night of Big Brother at Elstree Studios, Borehamwood.
Shayne Ward, Pamela Anderson and Christopher Dean at a photocall for the launch of the new series of 'Dancing on Ice' at the ITV Studios, in central London.
Chrissie Hynd and James Walbourne performing during the PETA leaders wedding under the Las Vegas Sign, USA.
Pamela Anderson, Eva Longoria - Photocall des celebrites a la 8eme Edition du Global Gift Gala au Four Seasons Hotel George V a Paris Photocall of celebrities at the 8th edition of Global Gift Gala at Four Seasons Hotel George V in Paris (Photo by Lionel Urman) *** Please Use Credit from Credit Field ***
Pamela Anderson attending the Fashion Awards 2017, in partnership with Swarovski, held at the Royal Albert Hall, London. PRESS ASSOCIATION Photo. Picture Date: Monday 4th December, 2017. Photo credit should read: Matt Crossick/PA Wire
Up Next

Anderson described her new husband as the "original bad boy of Hollywood" in a poem.

One line said: "We understand and respect each other / We love each other without conditions. I'm a lucky woman / Proof God has a plan."

Anderson was previously married to rocker Tommy Lee between 1995 and 1998, and the pair share two adult sons.

She was also married to musician Kid Rock from 2006 until 2007, and married poker player Rick Salomon twice.